Russian authorities blocked the domain of a popular site that contained information about Bitcoin. 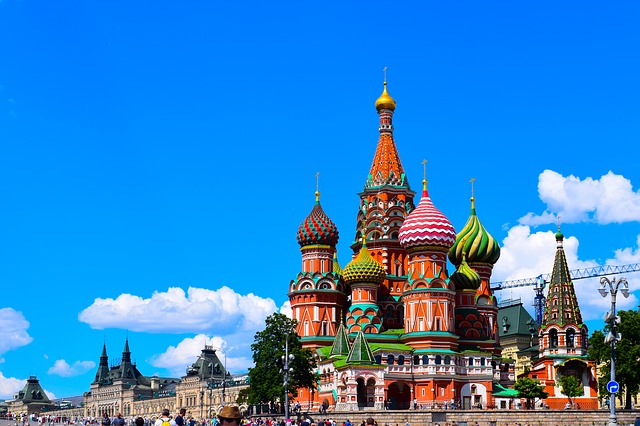 Image by opsa from Pixabay

A number of websites related to cryptocurrency have been blocked by Russian authorities recently. One of the affected sites is the popular exchange aggregator Bestchange.ru.

Bestchange.ru, a popular Russian cryptocurrency exchange monitoring website, has been blocked by Russia’s Federal Service for Supervision of Communications (Roskomnadzor), according to Bitcoin.com. This is the third time that Roskomnadzor has blocked the popular website.

Bestchange.ru said that authorities blocked the site for mentioning Bitcoin. “Dear subscribers, our Bestchange.ru domain has again been blocked in the Russian Federation,” the platform posted a message on Facebook on Wednesday. “Unfortunately, regional prosecutors continue to sue to block Bestchange and other sites for mentioning the bitcoin cryptocurrency.”

The free website, which was launched in 2007, is not limited to just cryptocurrency. The service helps users find the best online deals such as the best rates for cryptos, internet banking, and electronic money.

The platform explained that it is still looking for ways to unblock its domain. However, getting it fixed will likely take some time.

The first time Russian authorities blocked Bestchange.ru was in 2017, which was later canceled in 2018. In March of 2019, the Kuibyshevsky District Court of Omsk issued an order to block Roskomnadzor along with other cryptocurrency exchange websites. The order was later canceled in May 2019.

Russian publication wrote that the reason for blocking the site Bits.media is because it contained information on Bitcoin. “According to a court ruling, information about bitcoin was considered prohibited, as it contradicted federal laws of the Russian Federation,” the publication said.

The latest order to block the site came from Kotlas city court in January this year, which affected not only Bestchange.ru but seven cryptocurrency websites as well. The court decision reached Roskomnadzor on June 23 prompting it to issue notices about the blocking to the affected parties.

Bestchange.ru management decided to appeal the decision of Kotlas city court. At the moment, there are no updates on the result of its appeal.

On July 31, President Putin signed into law a bill that will regulate digital financial asset (DFA) transactions, which will take into effect on January 1, 2021. The law will give legal status to cryptocurrency as a type of property but prohibits its use as payment for goods or services.

I am a cryptocurrency trader and i make over 200% daily, If you are interested,i can teach you how to trade and also help you achieve your goal in life with crypto i can turn
$4500 into $35000 in less then four weeks,now that bitcoin has low prices...please note that cryptocurrency trading is bitcoin unlike binary and Forex,bitcoin is traded for altcoins also you can reach to me if you are new to bitcoin and to give you more info and guideline on how to invest smartly, this is opportunity life time knocking on your door inbox me for more info....contact me on whatsapp :+12067425358 inbox me for serious and long term business ...............

My advice to anyone, stay away from these new Forex, Cryptocurrency and Binary option companies and to withdraw their funds fully after making your first profits. I have been scammed badly by several of these companies. But I’m glad today that I had all my money returned including all profits, thanks to an expert. You can reach me to relate for help if you’ve also lost money trading; Susiebell2009 {at} gmail, com
More
Breaking
Jul 15, 2021 (Thursday)