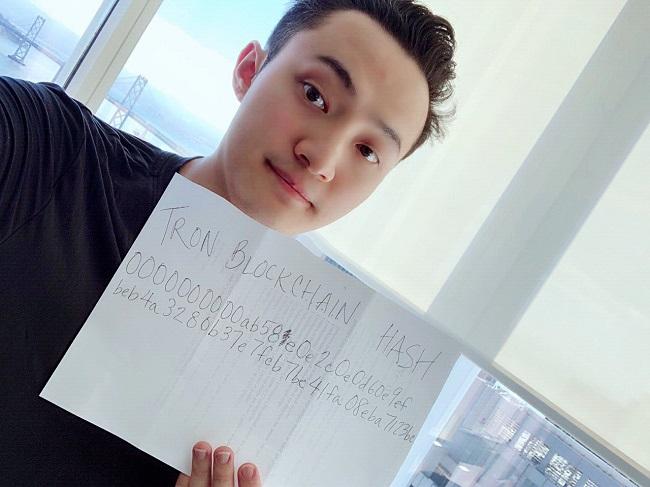 The Tron (TRX) price plunged by over 20% from its 24-hour peak after its founder Justin Sun postponed his long-awaited lunch date with finance titan Warren Buffet. TRX/USD is trading at $0.023 at the time of writing.

The Tron Foundation claimed that Sun was suffering from bouts of kidney stones and needed to reschedule his meal that he won in a charity auction with Buffet in San Francisco to an unspecified date.

However, Chinese media reports claimed that the cancellation was not because of health problems but of legal issues. Chinese business site Caixin revealed that Sun was actually barred from leaving China, as he is being investigated on suspicions on illegal fundraising, money laundering, pornography distribution, and gambling.

Sun reportedly addressed these issues in a Weibo post, as per Cointelegraph. He denied the accusations of illegal funding as the Tron Foundation returned the investors’ funds. It can be recalled that the company has secured $70 million via an initial coin offering in 2017 before China banned the sale of digital tokens.

He further said that the money laundering claims were without legal basis as the Tron Foundation is based in Singapore and complies with the local regulations. It also does not involve fiat on or off-ramp services.

Tron has recently been scandalized by fraud, which the company said it warned its investors of scams using its likeness.

As for illegal porn-related transactions in his Peiwo app, Sun noted that his company complies with regulators, monitors its users, and tries to make sure the contents are positive.

Sun further emphasized that the Tron Foundation does not tolerate unlawful use of the protocol.

By far, the 29-year-old entrepreneur has not been formally charged with anything.

So, in an apparent move to disprove reports, he broadcasted a Periscope video and posted several photos on Twitter, including a picture of him and Tron Director of Communications Cliff Edwards with the Bay Bridge appearing in the background.

Bay bridge is beautiful. Me and our comms guy AKA bodyguard. #TRON pic.twitter.com/ujj2FEkN3K