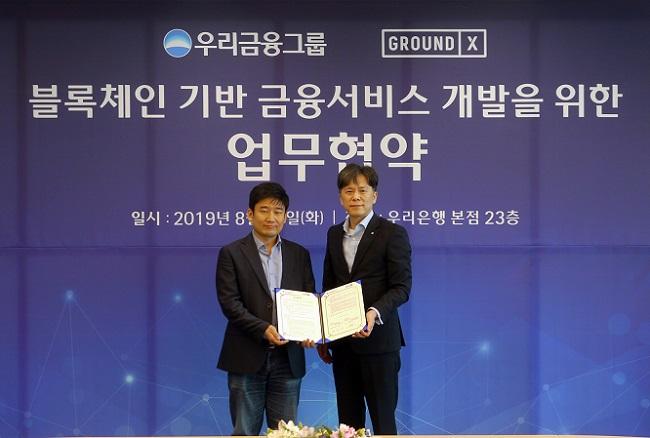 According to a press release dated August 21, the companies signed an agreement on Tuesday, August 20.

Kakao established Ground X last year with the objective of spurring the mainstream adoption of blockchain technology. Ground X, which raised $90 million in a private coin offering earlier this year, launched the mainnet of its public blockchain platform ‘Klaytn’ in June.

Klaytn already counts several major companies as participants. Among them are electronics giant LG, Union Bank of the Philippines, and others.

Under the agreement, Woori Financial Group and GroundX will work closely to develop blockchain-based financial services and to create a sustainable collaboration model through joint research.

“In particular, Woori Card plans to discover new business models, such as payment and settlement services using blockchain, through technical support from GroundX,” the release states (via online translation).

An official of Ground X said that they will aim to develop “more secure and convenient blockchain-based financial services with Woori Financial Group based on the technology and know-how accumulated through KLAY development."

Earlier this month, Kakao teased the upcoming launch of a cryptocurrency wallet, called ‘Klip,’ which is being developed by Ground X. Klip will reportedly support a number of services such as finance, games, and content, as well as the storage of KLAY and Klaytn-based cryptocurrencies.