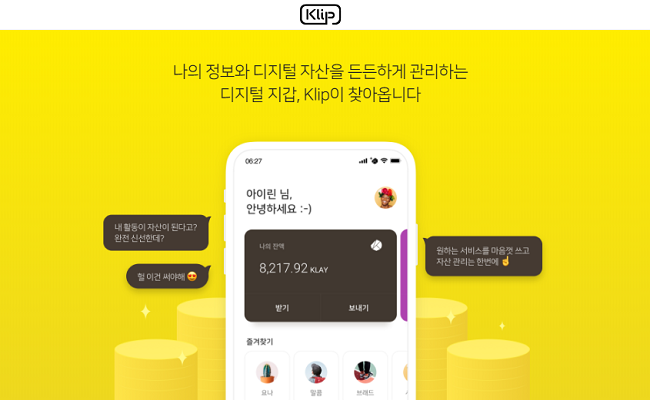 South Korean messaging giant Kakao is going to launch cryptocurrency wallet “Klip” in the second half of 2019, TokenPost Korea reported.

As per the report, the company unveiled the teasing page of the crypto wallet under the ‘More’ tab in KakaoTalk.

The wallet, which is equipped with blockchain technology, will reportedly support a number of services such as finance, games, and content. In addition, Klip will support the storage of KLAY and Klaytn-based cryptocurrencies.

Klaytn is a public blockchain platform being developed by Ground X. The platform mainnet was launched in June.

The wallet function will be reportedly added to KakaoTalk, meaning that users would be able to easily manage their digital assets through the mobile app with the need to install a separate app. According to the official website, Klip will allow sending and receiving digital assets in real-time.

“Klip has released a teasing site ahead of its release in the second half of the year."