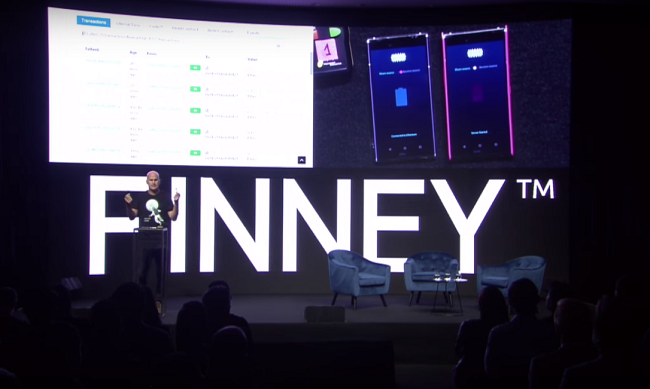 On Thursday, Sirin Labs has announced the commercial launch of its much-awaited blockchain smartphone ‘FINNEY’.

Priced at $999, the new smartphone is now available for sale on Sirin Labs website and will join the Amazon Launchpad programme in January. According to the official release:

The company first announced its plan to create and manufacture a blockchain smartphone in September 2017 and soon after roped in football star Leo Messi as its brand ambassador. In December 2017, Sirin Labs closed a highly successful initial coin offering (ICO) drive in which it raised $157 million.

In addition, SIRIN LABS chose electric giant FIH Mobile (Foxconn International Holding) earlier this year to lead the manufacturing of FINNEY with SIRIN LABS leading the development of the cold storage wallet hardware, and its own operating system: SIRIN OS.

FINNEY’s final design and specifications were unveiled in July this year. The smartphone, which runs SIRIN OS, will come with an embedded cold storage crypto wallet, a comprehensive and multi-layer cybersecurity suite, a Token Conversion Service (TCS) which will support ETH, BTC, and SRN at launch, and a multi-blockchain DApp store. Sirin Labs said it is also looking for strategic OEMs to implement SIRIN OS in additional consumer devices.

“It is with great pleasure that we’re today unveiling to the world the first blockchain smartphone, brought to you by one ambitious startup that was able to bring an idea to mass production in less than a year,” describes Moshe Hogeg, Co-Founder and Co-CEO.

“We’re now proudly selling a flagship device that offers the user experience we have envisioned for our SIRIN OS. We’re taking a huge step forward in bridging the gap between the blockchain economy and the consumer market. Finney is the mobile and truly secure experience crypto holders have been longing for.”

In the months leading up to the launch, Sirin Labs partnered with a number of companies including Scanetchain, an AR Dapp based on NEM platform; the Portion Platform; LLC Legio to bring the FINNEY to the masses in Ukraine; Coinduck to enable Ethereum payments at 1,000 stores in South Korea; and Virgin Gates to bring FINNEY to the masses in Egypt, UAE, Saudi Arabia, Bahrain, Oman, and Kuwait.

In its official release, Sirin Labs announced that it will open two flagship concept stores first in London (December 2018) and later in Tokyo (January 2019). Earlier this month, the company had revealed its plans to open a concept store in Dubai as well.

“The London store will also function as a blockchain academy for our community, and any blockchain-curious audience,” Sirin Labs said.