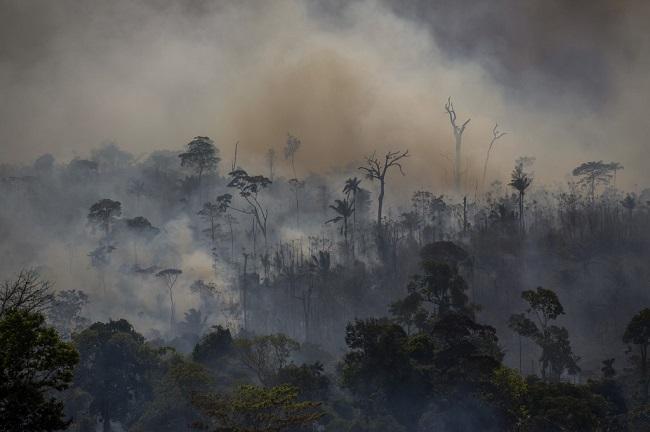 The Rainforest Foundation, a charitable foundation founded in 1987, is reaching out to the cryptocurrency community to support its efforts to preserve the Amazon rainforest.

The foundation is seeking up to $100 million to fight the Brazilian forest fires and announced that it is accepting donations in cryptocurrencies including Bitcoin, Ethereum, Litecoin or Bitcoin Cash.

In its announcement, the foundation noted that since Jair Bolsonaro took the President’s office in January this year, deforestation in the Brazilian Amazon is up 75% and forest fires have doubled compared to the past year.

For the crypto donation campaign, the foundation said it is working with The Giving Block to form a coalition of crypto sponsors, donors, and media partners.

The Rainforest Foundation has been involved in the crypto space for the past couple of years. Its efforts include an unsuccessful attempt of creating its own cryptocurrency, called ‘BitSeeds,’ which was once listed on Bittrex. Other past efforts include discussions around a Crypto Kitties “Jungle Kitty”, exploring Simple Token for direct payments, considerations around becoming an EOS block producer, and fundraising via CryptoCare.

Executive director Suzanne Pelletier said that philanthropy alone is not enough to support their efforts and emphasized the need for innovative solutions.

“[Crypto is] filled with people that are thinking differently and trying to change the rules of the game. It’s so slow and so bureaucratic to raise support from foundations. It’s going to be too late. We don’t have enough time,” Pelletier told CoinDesk.

The foundation has also teamed up with Regen Network to work on a blockchain transparency pilot, which would allow donors to track its work in the Amazon Rainforest and reward local communities who are protecting their forests with crypto.