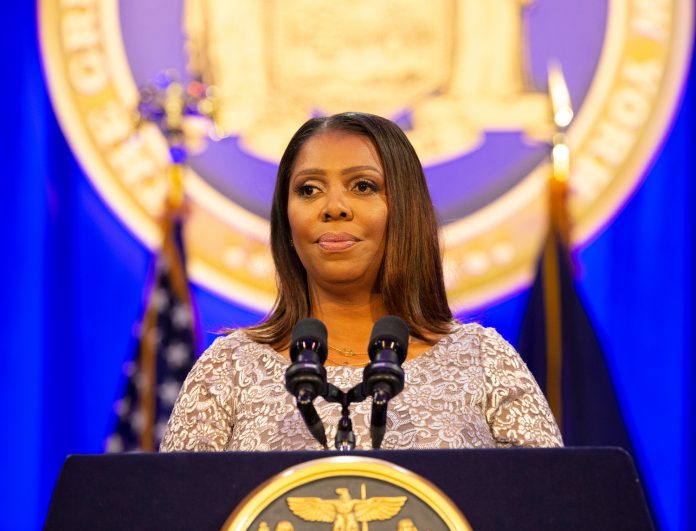 In a press release dated April 25, NYAG Letitia James said that she has obtained a court order against iFinex, the operator of the Bitfinex, and Tether, the issuer of the “tether” (USDT), in connection with activities that may have defrauded New York investors.

“Our investigation has determined that the operators of the ‘Bitfinex’ trading platform, who also control the ‘tether’ virtual currency, have engaged in a cover-up to hide the apparent loss of $850 million dollars of co-mingled client and corporate funds,” said Attorney General James.

According to the papers filed with the Manhattan Supreme Court, Bitfinex handed over $850 million dollars of co-mingled client and corporate funds to a Panamanian entity called “Crypto Capital Corp.” without any written contract or assurance.

It further states that Bitfinex not only never disclosed this loss to investors but also engaged in “a series of conflicted corporate transactions” with Tether, whereby Bitfinex gave itself access to up to $900 million of Tether’s cash reserves to “fill the gap.” According to the filings, Bitfinex has already taken at least $700 million from Tether’s reserves.

“Those transactions – which also have not been disclosed to investors – treat Tether’s cash reserves as Bitfinex’s corporate slush fund, and are being used to hide Bitfinex’s massive, undisclosed losses and inability to handle customer withdrawals,” the release said.

“The Office’s filings further detail how the companies obfuscated the extent and timing of these corporate transactions during the Office’s investigation.”

The court order requires the operators of the companies to immediately cease further dissipation of the U.S. dollar assets which back “tether” tokens. It also prohibits these companies from tampering or deleting potentially relevant documents and communications.

“The court order bars the operators of Bitfinex from further draining the cash reserves of Tether, or taking personal distributions or dividends from the reserves,” it added.

In its response, Bitfinex said that the NYAG’s court filings were written in “bad faith and are riddled with false assertions.” It claimed that the ‘purported $850 million “loss”’ is not lost but have been “seized and safeguarded.”

Bitcoin price, which touched a five-month high of $5,650 earlier this week, lost steam and briefly broke below the $5,000 mark to hit $4,963 on Thursday (Coinbase). However, it managed to partly recover its losses and closed above 21-EMA at $5,134. BTC/USD is currently trading in the green at $5,180 at the time of writing.