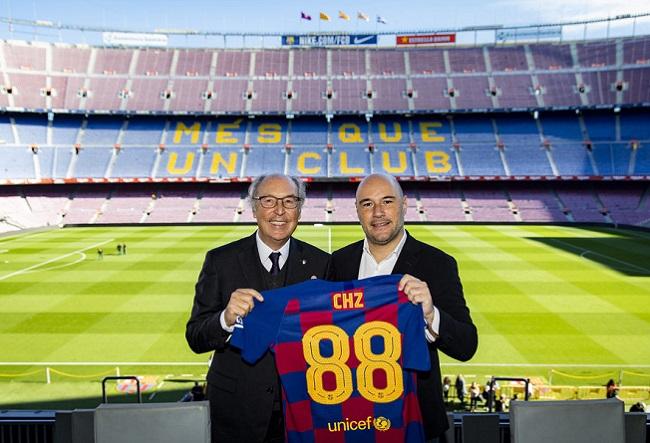 According to a press release, the agreement is part of the club’s new digital and commercial strategy and is the first blockchain partnership to be signed by it. It is expected to help the club increase its engagement with its global fanbase, facilitated via Barça Fan Tokens ($BAR).

"This agreement will give us the chance to set up innovative marketing and partnership activations with a clear focus on the digital realm to take the Club closer to our fans around the world,” said Josep Pont, FC Barcelona Board Member and Head of Commercial Area.

“This agreement also forms part of FC Barcelona's goal to become associated with leading brands that can help us consolidate our new commercial and digital strategy, with the development of new streams for the generation of resources helping to make us a benchmark both on and off the field."

Using $BAR tokens, supporters from around the world would be able to participate in polls and surveys on Chiliz fan voting & rewards mobile app Socios.com. Barca fans will be rewarded for every action they take on the app.

These reward points can be exchanged for exclusive merchandise and unique once-in-a-lifetime experiences. $BAR Fan Token holders can also look forward to other features on Socios.com, including Chat, Fan Token trading, games and community challenges.

Commenting on the alliance, Alexandre Drefyus, CEO & Founder of Socios.com & Chiliz, noted that Barca’s over 300 million fans worldwide which span countries as well as cultures.

"Adding FC Barcelona fans to the Socios.com global community takes us one step closer to our goal of mainstream adoption of blockchain. Every time a fan downloads the app, we are furthering education, and every time a fan buys a Fan Tokens, we are strengthening the use cases of this innovative technology,” added Drefyus.

According to the details, 40 million Barça Fan Tokens will be made available in the second quarter of this year, with each $BAR costing €2 at the initial point of sale. Fans will be able to purchase $BAR Tokens when the FC Barcelona Fan Token Offering (FTO) opens.

Fans would be able to buy the token using Chiliz ($CHZ), the digital currency of Socios.com which could be either bought on the Socios.com app or transferred from a digital wallet. Fan Tokens can also be purchased on Chiliz.net – a crypto exchange for sports and entertainment.

Its actually my pleasure to create this awareness of binary option(online) trade which i have invested in for years and was not profitable and encouraging until i got the best strategy for calculating the actual time to invest in other not to lose my money. now i make $15000 every week." make money from that strategy"for further information contact me on>>>>> [email protected] thank you
More
Breaking
Jul 15, 2021 (Thursday)