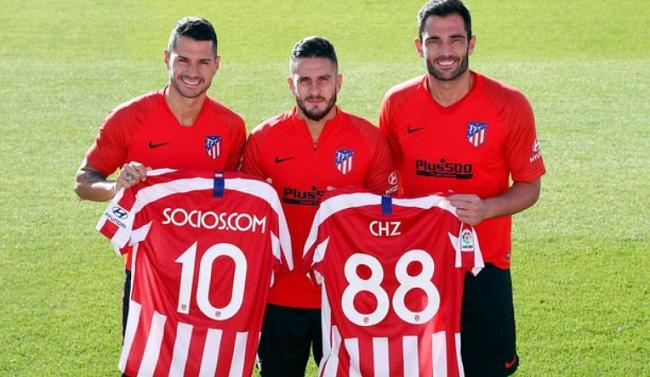 Spanish soccer team Atlético de Madrid has entered into a partnership with sports blockchain Chiliz to create fan tokens, a platform that will enable fans to score special access to merchandise, information, and experiences.

The team, which plays in the top professional division of Span’s soccer league called La Liga, will be joining other football teams such as PSG, Juventus, West Ham United, and AS Roma on the Socios.com, a blockchain-based fan engagement and rewards platform powered by Chiliz and Binance DEX.

“We are a Club that is constantly committed to technological innovation and in this sense, we see it as very positive to join the Socios.com community,” Clemente Villaverde, Atlético de Madrid Board Member, said.

As per a press release, Socios and Atlético de Madrid will launch a club-branded official fan token in autumn 2019 for the 19/20 season. Each fan token, priced at 2 euros, can be hunted for free via the app’s augmented-reality-geo-location feature Token Hunt.

“Atlético de Madrid Fan Token holders will enjoy exclusive rights on the platform, including access to unique and exclusive experiences, promotions, draws, and polls,” the announcement stated, adding that fans can also score merchandise using the tokens and swap tokens with each other through the app.

Atlético de Madrid finished fourth in the UEFA’s Club Coefficients rankings for 2019. The recent deal made the team the first La Liga to join Socios.com.

Describing Atlético de Madrid as a creative and forward-thinking team, Alexandre Dreyfus, Socios.com CEO and Founder, said that “by adding a club of such magnitude, we will grow our own potential user base to well over a billion sports fans, all of whom will be eventual cryptocurrency users.”