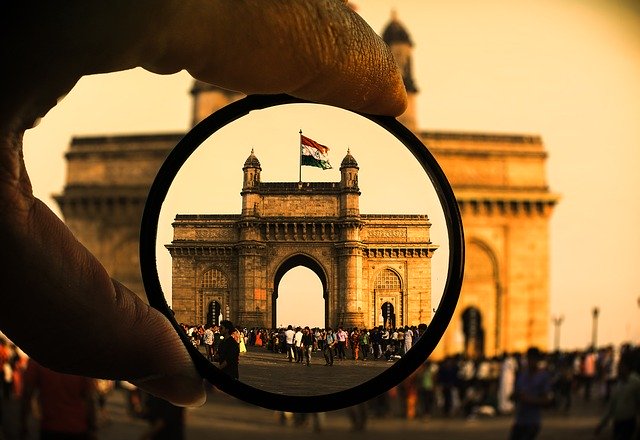 Sumit Gupta, co-founder and CEO of Indian cryptocurrency trading platform CoinDCX, has penned an open letter to the Finance Minister of India, Nirmala Sitharaman, to bring her attention on the benefits that the cryptocurrency sector can present to the Indian economy.

Starting off, Gupta emphasized that the crypto sector is not trying to threaten the current system or replace the role of central banks, traditional monetary policy, or fiat currencies. Instead, they aim to create a “new dynamic in which the crypto economy and the traditional economy can function in parallel.”

“India has been presented with the chance to be a part of a new wave of innovation, which is a tremendous opportunity to bolster the strength of our future economy,” he wrote.

India missing out on blockchain investments

To put things in perspective, Gupta pointed out that venture capital firms have invested upwards of ₹400 billion (approximately $5.6 billion) in blockchain startups globally. However, India has received less than 0.2% of these investments, while Singapore attracted ₹53 billion (approximately $740 million or 13.25%) in the first nine months of 2019 alone as the result of investments in the local fintech economy.

“This leaves the enormous potential of IT developers and entrepreneurs here untapped, and unfunded. Foregoing the economic potential growth currently within reach by leveraging cryptocurrency innovation would be a regrettable missed opportunity for our country,” he emphasized.

He further listed the potential of cryptocurrency innovation and adoption to revitalise various traditional industries such as agriculture, finance, financial inclusion, and beyond. Gupta also said that access to cryptocurrency investments could significantly increase the purchasing power of everyday consumers, adding that this could have a profound ripple effect throughout the economy, stimulating wealth creation and a rise in living standards.

“Countries such as the United States and China are racing to capitalise upon the opportunity presented by cryptocurrency and blockchain technology by taking out patents, supporting startups, building new digital infrastructures, and—most importantly—investing in research and development. Additionally, the cryptocurrency sector in Asia is set to become increasingly competitive, emerging markets such as the Philippines and Thailand have begun developing frameworks to benefit their local cryptocurrency markets and promote innovation within their countries,” Gupta wrote.

The legal status of cryptocurrencies in India seems to be uncertain at the moment. The Internet and Mobile Association of India (IAMAI), on behalf of the domestic crypto exchanges, is currently fighting a legal battle with the Reserve Bank of India (RBI) against the crypto banking ban imposed by the central bank in 2018.

In a recent clarification, RBI said that it did not ban cryptocurrencies, but only ringfenced banks from it due to risks associated with trading these virtual assets.

Last year, the Indian Department of Economic Affairs (DEA) announced that it has received a report on cryptocurrency regulation submitted an inter-ministerial committee which was set up by the Indian government in 2017. The Committee recommended that all private cryptocurrencies, except any cryptocurrency which may be issued by the government, be banned in India.

Gupta said that the development of clear government definitions pertaining to cryptocurrencies and related products and activities would help to engender a clear legal stance on cryptocurrencies in India.

“This will be necessary to support the cryptocurrency sector in bringing sustainable growth to the Indian technology sector, promoting economic development, and bringing its benefits to bear on the nation,” he said.

“The creation of clear guidelines surrounding the process of applying for and meeting the compliance requirements necessary to obtain a cryptocurrency exchange license, financial services license, payments processing license, banking license, etc. for fintech businesses; as well as a clear penal framework protecting investors, enacting KYC, and promoting cryptocurrency compliance with the requirements of SEBI and the Indian government would also serve to promote the industry’s growth.”

Furthermore, he recommended including blockchain courses in schools and colleges so that the nation’s youth are well-equipped to benefit from the job opportunities presented by this emerging sector. Gupta said that the lack of sufficient support and investment to nurture the crypto and blockchain industry would risk pushing the innovation, tax revenue, and jobs that these new technologies create overseas, potentially leading to massive brain drain and talent migration.

“We appeal to you to reconsider your stance on cryptocurrencies and support regulation that does not disadvantage India’s technological potential. We remain committed to working with you to achieve this, and to attain a brighter future for the Indian nation,” he concluded.

Just recently, the National Institute for Smart Governance (NISG) published a draft of the country’s national blockchain strategy. In addition to encouraging blockchain innovation and experimentation, the NISG recommended the government to consider issuing a state-backed digital Rupee.

It hasn’t been easy dealing with these binary options and cryptocurrency trading companies. I invested a lot of money yet they declined my withdrawal requests. I was able to get it back thanks to a Recovery Pro. You can reach me to share my experience if you are in a similar situation, you will recover everything you lost. maggiealder12 {at} gmail,com
More
Breaking
Feb 21, 2020 (Friday)