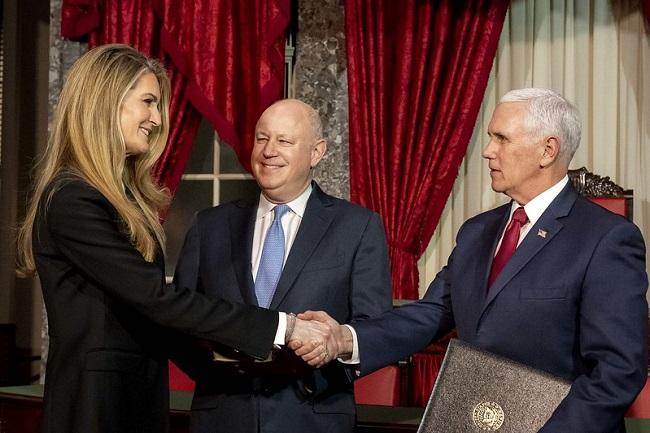 Loeffler was recently sworn in as the newest Senator for the state of Georgia. She took over the position from former Republican Senator Johnny Isakson.

The Senate Agricultural Committee has jurisdiction over a number of federal agencies, including the CFTC. Responsibilities include defining the CFTC's scope, approving nominations for commissioners and chairmen, as well as reauthorizing the CFTC as a federal regulator, CoinDesk reported.

Welcoming her to the committee, U.S. Senator Pat Roberts, R-Kan., Chairman of the Senate Committee on Agriculture, Nutrition, and Forestry, said:

“Her farming roots make her a welcome addition to the Committee, and I look forward to her participation.”

However, with Loeffler’s husband Jeffrey Sprecher currently serving as the chairman and chief executive of Intercontinental Exchange (ICE), there were concerns of a potential conflict of interest, The Wall Street Journal reported. Sprecher owns a 1.1% equity stake in ICE worth around $600 million based on the current market price.

ICE announced Bakkt in August 2018 with Loeffler as its CEO. Under the leadership of Loeffler, Bakkt acquired approval from the CFTC and the New York Department of Financial Services (NYDFS), which cleared the way for the launch of its physically-settled bitcoin contracts last September. In Dec., the company launched options and cash-settled futures products.

Regarding the concerns over the potential conflict of interest, Loeffler told the WSJ that she will recuse herself if needed “on a case by case basis,” adding that she has "worked hard to comply with both the letter and the spirit of the Senate’s ethics rules and will continue to do so every day".