UK police recover $22M in crypto including $9.5M of Ethereum from online scammers

Authorities arrested two persons allegedly involved in the scam, which led to the discovery of the storage device containing Ether. 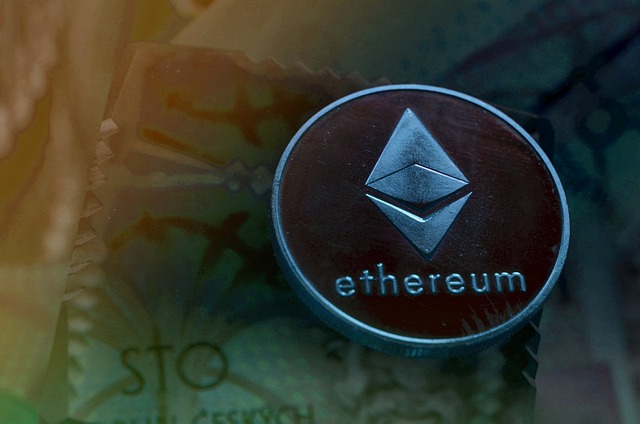 U.K. police have recovered around $22.2 million, including more than $9 million in Ethereum (ETH) from cybercriminals who ran an online crypto phishing scam. Authorities arrested two persons allegedly involved in the scam, which led to the discovery of the storage device containing Ether.

The Economic Crime Unit of the Greater Manchester Police was able to recover £16 million ($22 million) in stolen cryptocurrency from online scammers, according to Decrypt. Authorities discovered the digital currencies when they discovered a USB stick containing the crypto assets when arresting two persons believed to be involved in the crime.

The two suspects, a 23-year-old male and a 25-year-old female, were arrested for fraud and money laundering. While both have been released, they are still under investigation.

The police said that a total of £6.85 million ($9.4 million) in Ethereum was found in the encrypted USB drive. A few days later, authorities also discovered a cryptograph deposit box, which is a type of online safe, and discovered an additional $12.7 million, according to Coindesk.

It was not specified if the additional $12.7 found in the deposit box is composed of Ethereum (ETH) or other cryptos. However, the police said that 90 percent of the stolen crypto has already been tracked down.

Victims of the online phishing scam came from the U.K., Hong Kong, the U.S., China, Australia, and Europe. They were tricked into depositing money into what they believed to be an online savings and trading service built on Binance Smart Chain.

The scammers waited until a “significant amount of money” has been deposit by its victims. When this was reached, they shut down the website and diverted the funds to their own crypto wallets.

“Our lives are increasingly moving online or onto our phones, and currencies like bitcoin and ethereum are often seen as the future when it comes to money and trading,” Economic Crime Unit’s Detective Chief Inspector Joe Harrop said. “With that comes a new type of crime and we're seeing a rise in opportunist criminals looking to exploit these trends.”

The police are still in the process of returning the funds to the scammers’ victims. However, some victims are yet to be identified.

Hello, i was a victim of scam by brokers who claimed to help generate profit with my bitcoin but they failed after so many attempts to withdraw my bitcoin. All what platform does is fake promises claimed to help you gets massive profit but end up wiping your accounts, I was so lucky to came across a post on G2 and Trustpilot about perfectwalletrecovery hat gee mai!. come and their good works how they helped many recover their bitcoin so quick and easy , you can reach them via what app as well +1 3 0 7 8 0 0 1 7 9 0 they will attend to you immediately

To restore your wallet or recover lost funds from the fake/fraudulent broker or website. please follow the steps below:

How to recover Cryptocurrency ; Recovery from crypto wallet hackers, Binary Option & fake investments e.t.c Have you ever been a victim of a scam? Have you lost your money to scam imposters online? I implore you to contact this trustworthy hacker and recovery expert [email protected] TO HELP RECOVER ALL YOU HAVE LOST, I was a victim of fake people posing as binary options and bitcoin investors, I lost a sum of $4,000 and 2BTC from my bitcoin wallet to these fakes. It took a while before I realized they were scams and this really hurt . Then an in-law of mine heard about the incident and recommended to me a specialist with the address - [email protected] . COM .He helped me recover my stolen bitcoins after providing necessary informations and program requirements and in less than 72hrs the fakes were caught and made to pay for what they did to me .if you have lost any amount to online scams and you're seeking to recover LOST FUNDS from wallet hackers, fake hackers, online dating scams, BTC wallet hack, recovery of lost funds from fake binary investors .Reach out to Quadhacked to help you ,and you will be so glad you did so, best believe .:.

At times, our own light goes out and is rekindled by a spark from another person, thank you (Greg Kathryn) for saving my life. I saw your post on how you fixed your credit and decided to contact the credit expert you recommended; DEXFRAME CREDIT REPAIR. He’s truly an expert and also trustworthy. He improved my terrible score to 792, cleared all hard inquiries, collections, lawsuits and judgment from my records. I never imagined my credit could be this great this soon. Countless thanks to Dexframe for your help. Here I am also recommending his services to all and sundry needing genuine and permanent credit fix. You can reach out to this specialist on: [email protected]/ 1.630.313.5191

After falling for the tricks of fake investors who promised quick withdrawal and failed, I was finally able to recover my money with the help of perfectwealthrecovery.com, However, I was shocked at how quick this process was completed. I was informed as to the urgency of completing my case in time but I did not expect my funds in less than a week. It felt unreal when I was told my funds had been recovered until I received them in my wallet address. Is every recovery this fast? I believe the experience of these team is instrumental in delivering quality service in time.
More
Breaking
Jul 15, 2021 (Thursday)