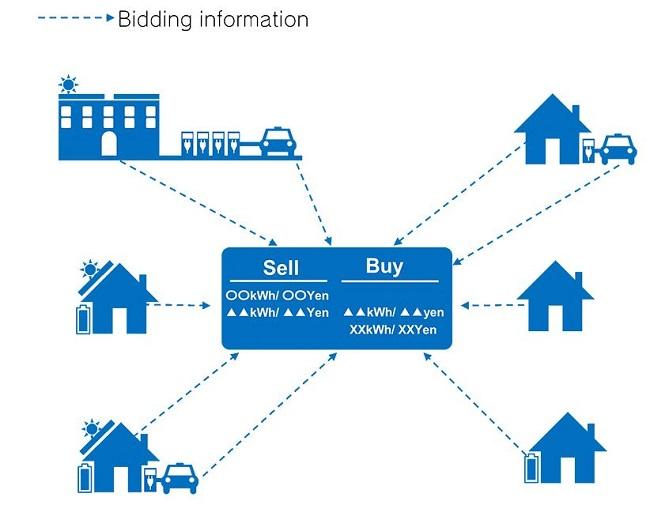 Japan’s leading carmaker Toyota has teamed up with the University of Tokyo and TRENDE, a renewable energy retailer, to initiate a blockchain-based electricity trading solution.

Toyota revealed its plan to jointly conduct tests on a next-generation electricity system (peer-to-peer [P2P] electricity transactions) that will allow homes, businesses, and even electric vehicles connected to the electricity grid to trade electricity using blockchain.

In its press release, Toyota noted that Japan’s national electricity system is currently in a "transitional state" with the widespread use of distributed power supplies like solar panels, secondary batteries, and electric cars. It described this transition as a shift from “traditional large-scale consolidated system to a distributed system” in which individuals and businesses can become owners of their own power supply.

The AI-based electricity trading agent will place buy and sell electricity orders on the exchange based on the participants’ electrical consumption. It will also calculate forecasts of the electrical power to be generated by solar panels on the premises.

Toyota claimed this is the first test for a distributed electricity trading system in the world that would encompass plug-in hybrid electric vehicles (PHEVs), solar panels, and secondary batteries.

The pilot study aims to verify the economic benefit of having electricity consumers and prosumers trade electricity via market transactions and of utilizing an algorithm to estimate PHEV electric demands.

The tentative testing period is from June 17, 2019, to May 2020, and the pilot study will focus on Toyota’s Higashifuji Technical Center and the surrounding area.

Meanwhile, Honda and General Motors have also joint forces on a blockchain research project that could track the supply of power in smart grids and the amount of electricity stored in car batteries, Nikkei Asian Review reported. If successful, electric car owners can receive compensation for storing electricity and exchanging it with a smart grid.