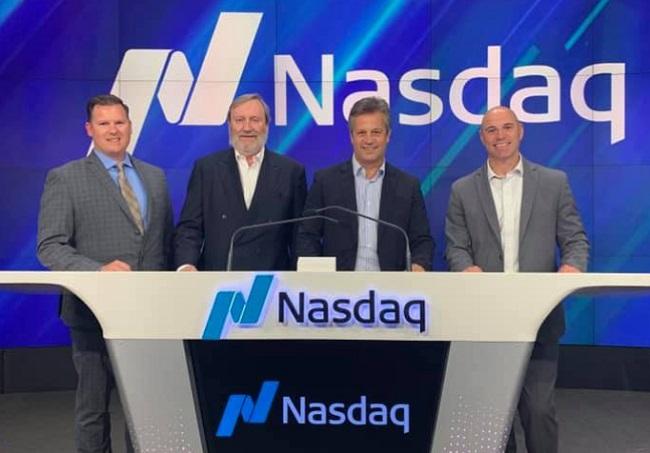 WISeKey, a Geneva-based cybersecurity, IoT and blockchain company, has announced the listing of its American Depositary Shares on the Nasdaq. Trading of the ADRs is expected to kick-off on December 4, 2019, under the ticker symbol “WKEY”.

As per the details in a press release, the Bank of New York Mellon is serving as depositary for the ADRs with each ADR representing WISeKey’s 5 B shares. The company’s B shares will continue trading on the Swiss Stock Exchange under the symbol “WIHN.”

“We believe the listing on the Nasdaq Global Market will greatly benefit our shareholders by providing higher visibility and improved liquidity. Additionally, such listing supports our growth strategy in North America and sets the path for us to take advantage of the high demand for strong Cybersecurity, IoT and Blockchain technologies provided by WISekey,” Carlos Moreira, Chief Executive Officer of WISeKey, said in a statement.

Founded in 1999, WISeKey currently deploying large scale digital identity ecosystems for people and objects using blockchain, artificial intelligence (AI) and Internet of Things (IoT). By distributing information across a network of participating nodes, it said that its ID Blockchain-based solutions will override the need for a central digital identity authority.

The company has been actively involved in fostering blockchain innovation. Over the past couple of months, it has established its Blockchain Centers of Excellence in countries around the world including Canada, China, India, Malaysia, and Mauritius, among others.

Just recently, bitcoin miner maker Canaan Creative listed its shares on Nasdaq under the ticker symbol “CAN,” priced at $9, on November 22.