Rio plans to become a crypto hub like Miami and Zug

Facing high inflation rates, some of the city’s residents have learned to use cryptos such as Bitcoin as an inflation hedge. 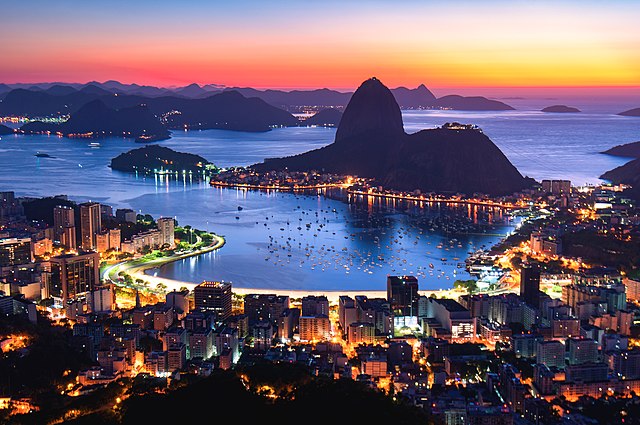 The Brazilian city of Rio de Janeiro recently announced that it will allocate 1 percent of the city’s treasury reserves to cryptos, such as Bitcoin (BTC). A city official explained that the move is aimed at lessening distrust towards digital currencies and helping the city in its bid to become a global crypto hub.

The city’s decision to invest in crypto was announced by Mayor Eduardo Paes at the Rio Innovation Week. “We are going to launch Crypto Rio and invest 1% of the treasury in cryptocurrency,” Paes said, according to a report by Globo published on January 13.

Chicão Bulhões, Rio de Janeiro's secretary of economic development, later explained the rationale behind the city’s decision to hold crypto in its treasury. Apparently, it’s in line with Rio’s ambition to position itself as a crypto hub akin to other crypto-friendly locations such as Miami.

“We know that [bitcoin] is volatile, that some people criticize us for that, but it is the future, and Rio wants to be a reference for the world as a cryptocurrency-friendly city, like Miami or Zug in Switzerland,” Bulhões told CoinDesk TV on Thursday.

Bulhões also noted that Rio locals are a bit wary of cryptocurrencies at the moment. He explained that police recently cracked down a crypto pyramid scheme in Cabo Frio and other cities near Rio de Janeiro.

“This shocked a little bit the credibility of crypto around the population, which is not used to this matter,” Bulhões said. He added that Rio is home to a number of crypto firms such as crypto asset managers Hashdex and Transfero.

The city’s move to allocate 1 percent of its reserves into crypto appeared to have restored some of crypto’s lost credibility. “Suddenly, the city was just really excited about this matter,” he said. “All the press here in Brazil and Latin America wanted to know more and understand what the city was doing. Also, it got people the feeling that Rio de Janeiro was back.”

Facing high inflation rates, some of the city’s residents have learned to use cryptos such as Bitcoin as an inflation hedge. “The last four years have been difficult for Brazil with inflation,” Bulhões explained. “And we know that some cryptocurrencies are deflationary and can be used for people not to lose purchasing power. That got people interested in the possibility of having an alternative to central banks, and having more possibilities to fight inequality.”