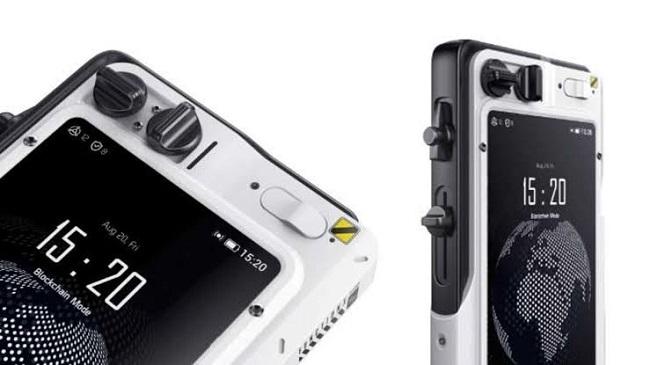 PundiX, an open platform for blockchain developers, revealed that its blockchain phone Blok on Blok (BOB) is almost ready for launching. The firm showcased its BOB phone at the IFA trade show in Berlin this week.

As per a report by CIOL, PundiX said that BOB is the first smartphone that can execute every bit of data of the Function X blockchain system, the company’s blockchain. This means not a single centralized service provider can gain access to users’ private information.

“BOB marks a big step forward in our mission of creating a Blockchain Internet, a fully decentralized network where every piece of data shared is under the owner’s control,” Zac Cheah, PundiX co-founder and CEO, said.

BOB users can also opt to switch between blockchain and Android modes. The BOB phone can function just like any Android-based mobile devices when in Android mode.

However, when using the blockchain mode, the BOB phone will operate on the company’s open-source f(x) operative system, which reportedly decentralizes all of the device’s processes, thus providing users control over their data.

“BOB gives a sneak peek of a world powered entirely by blockchain technology, where everyone has control over their own data and everything is executed with the expectations of immutability and transparency,” Cheah noted.

For users who love customizing and upgrading, BOB will come with a “MOD Assembly Kit,” which features detachable parts that enable users to modify the physical look of the device.

BOB will also enable the use of decentralized apps (dapps), allow access to blockchain services, and support the Function X network by serving as a node on the blockchain.

According to CoinDesk, the initial batch will see a production run of 5,000 units only. PundiX will go on pre-order in the fourth quarter this year with a price tag of $599 via Kickstarter and PundiX’s XWallet.

PundiX’s BOB will face competition from a number of existing blockchain smartphones currently available in the market, including Finney and HTC's EXODUS.

The latest competitor is South Korean electronics giant LG, which has reportedly completed its market research of dapp and blockchain companies and has held talks with local dapp developers. Cryptocurrency exchange Huobi is also eyeing to release its blockchain-powered smartphone “Acute Angle,” which was developed by Whole Network.

Meanwhile, Sirin Labs’ Finney, the world’s first blockchain-powered smartphone, is slated to be released in Bangladesh soon after gaining approval from the Bangladesh Telecommunication Regulatory Commission.