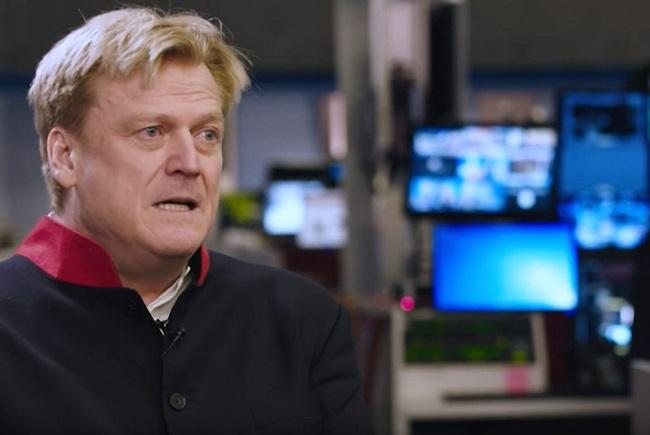 Patrick Byrne has stepped down from his position as the CEO of Overstock.

In a letter to shareholders on Thursday, Byrne said he is in the “sad position of having to sever ties” as the CEO and member of the board of directors of Overstock, explaining “I did what was necessary for the good of the country.”

“My presence may affect and complicate all manner of business relationships, from insurability to strategic discussions regarding our retail business,” he wrote.

Byrne is referring to the fact that earlier this month, he admitted in a press release that starting in 2015, he “assisted in what are known as the ‘Clinton Investigation’ and the ‘Russian Investigation’,” which apparently turned out to be “political espionage” done against Hillary Clinton and U.S. President Donald Trump. He also bizarrely referred FBI agents as the “Men in Black.”

In an interview with The New York Times, he made clear on the issues that he dated Russian agent Maria Butina, who is currently serving 18 months in prison after pleading guilty to charges of acting as a foreign agent, and that he spoke with the FBI during its investigation.

A libertarian with a doctorate in philosophy from Stanford University, he claimed that the probe was mishandled and admitted he is still “quite fond” of Butina.

In his announcement, Byrne said he decided to speak in public after he was “reminded of the damage done to our nation for three years and felt my duty as a citizen precluded me staying silent no longer.”

As per a press release, Jonathan Johnson, the current president of Overstock’s blockchain arm Medici Ventures, will replace his role on an interim basis.

“In his twenty years as Overstock’s leader, Patrick’s vision for Overstock as an innovation leader has come to fruition. It will be my mission as I take the helm to continue and build on Overstock’s achievements and success,” Johnson said in a statement.

Byrne, who has publicly competed with short-sellers targeting its firm as it rivals against giants like Amazon and eBay, is confident that Johnson is ready to manage the company’s retail and blockchain businesses.

Johnson will continue to serve on the board of directors of Overstock, Medici Ventures and the firm’s security token trading platform tZero and to serve as president for Medici.

Investors were rattled by his revelations, sending Overstock’s shares down by over 30% over a two-day period. However, shares briefly surged 15% after his resignation announcement.

Last month, Overstock revealed it will pay its stockholders dividends in its affiliate company’s digital security. The digital dividend will be payable at 1:10 ratio, which means for every 10 shares of common stock, one share of Series A-1 Preferred Stock will be issued.

I am a cryptocurrency trader and i make over 200% daily, If you are interested,i can teach you how to trade and also help you achieve your goal in life with crypto i can turn
$4500 into $35000 in less then four weeks,now that bitcoin has low prices...please note that cryptocurrency trading is bitcoin unlike binary and Forex,bitcoin is traded for altcoins also you can reach to me if you are new to bitcoin and to give you more info and guideline on how to invest smartly, this is opportunity life time knocking on your door inbox me for more info....contact me on whatsapp :+12067425358 happy new year to you all .......................
More
Breaking
Jul 15, 2021 (Thursday)