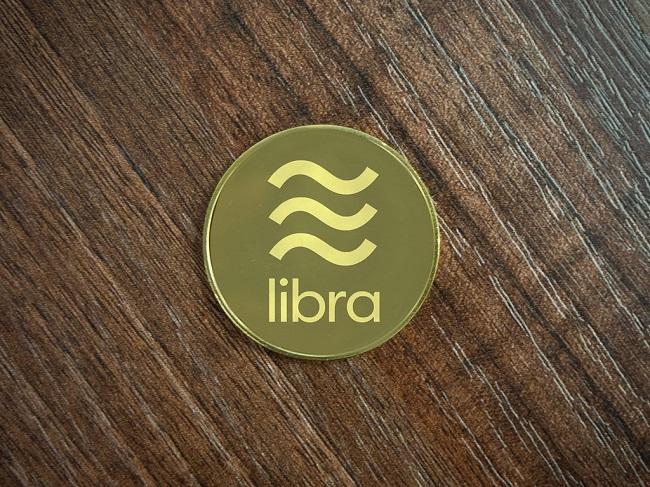 “Libra Cryptocurrency Gold Coin by Facebook” by Alpari Org is licensed under CC BY 2.0 at https://www.flickr.com/photos/[email protected]/48085433073

As per a leaked audio recording from an internal meeting obtained by The Verge, Zuckerberg acknowledged the criticisms being thrown over the project. However, he restated Libra’s aim of attempting to “stand up a new kind of digital money that can work globally.”

He further emphasized that this new system will be implemented not only by Facebook but by several big firms. “By the time it launches, we expect we’ll have 100 or more companies as part of it," he stated.

Noting that the finance market is a “heavily regulated space,” he urged the Facebook team to have a more “consultative approach” when launching a project “touch very socially important aspects of society.”

“There’s a lot of important issues that need to be dealt with in preventing money laundering, preventing financing of terrorists and people who the different governments say you can’t do business with. There are a lot of requirements on knowing who your customers are. We already focus a lot on real identity, across especially Facebook, so there’s even more that we need to do in order to have this kind of a product,” Zuckerberg noted.

With regard to the public scrutinies Libra has been experiencing since its introduction, Zuckerberg thinks that these public hearings appear to be “a little more dramatic” than private ones. “But a bigger part of it is private engagement with regulators around the world, and those, I think, often are more substantive and less dramatic.”

Meanwhile, new reports by Bloomberg and the Wall Street Journal suggest that major Libra backers Visa, Mastercard, PayPal, and Stripe are having second thoughts in their participation in Libra.

“Executives at the payments companies believe Facebook oversold the extent to which regulators were comfortable with the project and are concerned about the perception that the social network hasn’t behaved responsibly in other areas,” the article on Bloomberg reads.

Felt like addressing this. 1) official 1st wave of Libra Association members will be formalized in the weeks to come; (continued) https://t.co/baZkFlGN9O

2) change of this magnitude is hard and requires courage + it will be a long journey. For Libra to succeed it needs committed members, and while I have no knowledge of specific organizations plans to not step up, commitment to the mission is more important than anything else;

3) The part of this article suggesting we weren't on top of, or didn't share detailed information about how to secure Libra and protect the network against illegal activity is categorically untrue; (worth calling BS)

4) The tone of some of this reporting suggests angst, etc... I can tell you that we're very calmly, and confidently working through the legitimate concerns that Libra has raised by bringing conversations about the value of digital currencies to the forefront.

According to the Wall Street Journal, the members of the Libra Association are scheduled to meet on Thursday in Washington, D.C. The members are reportedly expected to tackle Libra’s charter in mid-October.

It can be recalled that a Libra executive had asked the other members of the project to show their support amid the increasing regulatory scrutiny it faces in the U.S. and Europe. While others plan to retreat, some have expressed their intent to stay and public support the project, including Coinbase, Xapo, Anchorage, Bison Trails, Andreessen Horowitz (a16z), and Union Square Ventures.

Also, Marcus has called for the need to change the existing payments system with blockchain-based payment networks. In a blog post, he emphasized Libra’s capabilities to facilitate near real-time cross-border transfers at a lower cost and without the need for liquidity pools of different currencies.

I am a cryptocurrency trader and i make over 200% daily, If you are interested,i can teach you how to trade and also help you achieve your goal in life with crypto i can turn
$4500 into $35000 in less then four weeks,now that bitcoin has low prices...please note that cryptocurrency trading is bitcoin unlike binary and Forex,bitcoin is traded for altcoins also you can reach to me if you are new to bitcoin and to give you more info and guideline on how to invest smartly, this is opportunity life time knocking on your door inbox me for more info....contact me on whatsapp :+12067425358 happy new year to you all .
More
Breaking
Jun 20, 2021 (Sunday)