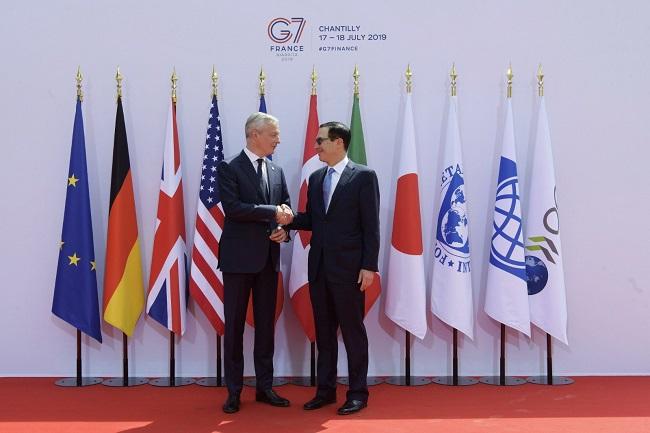 Cryptocurrencies such as Facebook’s Libra need to be held “to the highest regulatory standards,” as they posed a threat to global financial stability, according to a Group of Seven (G7) taskforce as reported by Reuters.

According to the initial report of the taskforce, chaired by European Central Bank board member Benoit Coeure, these financial innovations are at risk of being utilized for money laundering and terrorism funding, as well as consumer and data protection, cyber resilience, fair competition, and tax compliance.

A piece from the Financial Times further quotes Coeure, saying that cryptocurrencies “could also pose issues related to monetary policy transmission, financial stability and the smooth functioning of and public trust in the global payment system.”

However, while the report acknowledged that stablecoins can provide faster and cheaper remittances and spur payment competition, it stressed that they need to be strictly regulated to ensure they are stable, secure, and free of criminal activity.

“As large technology or financial firms could leverage vast existing customer bases to rapidly achieve a global footprint, it is imperative that authorities be vigilant in assessing risks and implications for the global financial system,” he said.

The report also underscored that stablecoin developers are required to exert more “significant work” and negotiations before they can earn the approval of authorities.

The G7 leaders reportedly insisted that tough regulatory issues need to be worked out first and that Facebook’s digital coin must comply with anti-money laundering rules and guarantee the security of transactions and user data.

“I am convinced that we must act quickly and that (Libra) cannot go ahead without all legal and regulatory questions being resolved,” German Finance Minister Olaf Scholz said.

Bank of Japan Governor Haruhiko Kuroda believes that a global consensus is necessary, since Libra is poised to have an impact on the global economy.

“If the Libra is aspiring to be used globally, countries must seek a globally coordinated response,” he said, adding that discussions should not be limited to G7 central banks only.

Meanwhile, G7 ministers are also planning to address tax issues raised by the digital economy, with France reportedly flexing its presidency position to get support for ensuring minimum corporate taxation.