Scott Melker believes that the approval of an exchange-traded fund would be the biggest catalyst that could propel Bitcoin and Ether to new heights. 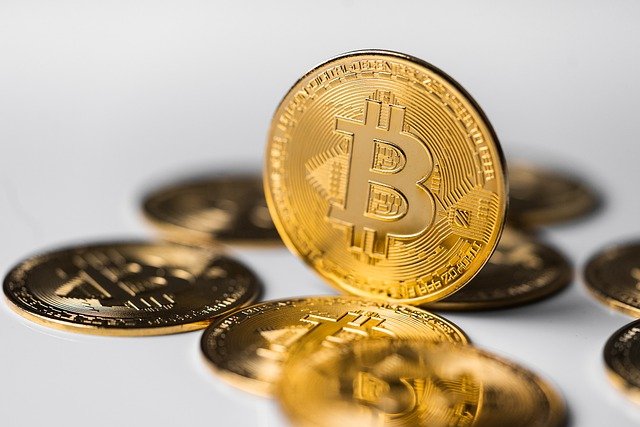 The recent crypto market rally, which saw Bitcoin rebounding from below $30,000 last month to its current price above $47,000, has set a new wave of bullish price predictions recently. For instance, crypto trader and investor Scott Melker believes that the BTC and Ether (ETH) could reach new all-time highs by year-end.

Melker, who is the post of “The Wolf of All Streets” podcast, revealed his price predictions in a recent interview with Kitco News. The trader believes that the approval of an exchange-traded fund would be the biggest catalyst that could propel Bitcoin and Ether to new heights.

“The approval of an ETF would be the biggest single event in the history of bitcoin for that large wall of money to have the confidence to enter — pension funds, endowments, sovereign wealth funds. They will come in when there's an ETF,” Melker told Kitco News.

With an ETF approval, institutions will be more at ease in going into crypto assets. “That would be the catalyst for real institutional adoption of bitcoin,” he added. “A regulated asset that they can trust and that is vetted by their risk managers and by the SEC.”

Unlike some investors who negatively view increased regulation in the crypto space, Melker believes that it is a positive development. U.S. Securities and Exchange Commission Chairman Gary Gensler has been calling for increased regulatory oversight in crypto.

“Gary Gensler taught blockchain at MIT,” Melker explained. “He's a huge proponent of bitcoin. It's nice to have someone who understands the asset.”

With a crypto expert at the helm, Melker expects more sensible regulations from the SEC. “Reasonable regulation that protects consumers is a good thing and would likely open the door to a lot of big institutional money that's waiting on the sidelines for that sort of green light to enter the space,” he added.

He also described the $1.2 trillion infrastructure bill passed last week as the greatest advertisement for Bitcoin. “It's raising awareness, which is probably actually causing more people to buy than to sell,” he said.

“We’re talking about printing over a trillion dollars out of thin air to pay for an infrastructure bill that has absolutely nothing to do with cryptocurrency,” he explained. “But the one cryptocurrency provision froze the bill for three or four days. And we had the entire world talking about bitcoin and the crypto industry. There’s some irony there.”

With these factors taken into account, the trader offered his bullish predictions for the two biggest cryptos in terms of market cap. “I believe that this correction is likely over and that we should see new all-time highs by the end of the year,” Melker said. “I would not be surprised at all to see bitcoin trading in six figures within the next six to 12 months. Or ethereum even pushing towards $10,000 in that time.”

Technical chart trading is not trading, it is gambling at best. You need to understand more than basic economics and how markets are influenced. Charting will help to give a view of market direction, and you only need to have trendlines and some basic indicators, no more than 3 indicators. Anything else is a waste of money.
If you understand economic data and how bankers trade then you will stand a better chance.
CAPITAL MANAGEMENT - this is key and if you don’t understand how to manage your capital whilst trading then forget it. Stop and go to a casino. This requires discipline and a very good understanding of financial management. Know when to trade, what to trade and how much to risk requires certain level of knowledge. Trendlines on charts help you to understand where/when a potential trade is worth looking at. Economic data will help you to understand what is driving price action and the market, along with the Order Execution strategy you need to take. Capital Management is the overarching decision as to how much you should risk based on all the information presented.
Rules, you need rules and you need to follow them. The important thing about rules is that don’t listen to people who call themselves traders, listen to the people who have traded in a structured professional environment, like the banks! It is easy to come up with rules, but you have to come up with the right ones, and definitely listen to the professionals, as they have had to follow rules in their banks otherwise they would be fired.
The challenge I find had in the market is that there is no one platform that can bring this all together. I am now getting closer to a consolidated solution, but not there yet.

In summary to trade FX you need to know how the professionals trade. The problem is everyone is a professional in an unstructured retail trading market. You will have to pay to learn this, but you have to exercise some due diligence and ask a lot of good questions before committing to your hard earned money. Beware I have run into individuals who say they have traded for the banks, but were they a good trader, and did they actually work in the bank. Finally, like any business when it comes to making a decision with respect to money you have to have a decision process in place. Retail trading offers hope to people in making a lot of money. We are emotional beings, we set aside any rational thinking process for instant gratification.

Trading is a business and treat it that way

Contact Mr Jeffrey Henderson for those who want to earn and learn with the best signal on FX and make a daily profit as a business. Email jeffreyhenderson 750 @ gmail .com ‪????????

At times, our own light goes out and is rekindled by a spark from another person, thank you (Greg Kathryn) for saving my life. I saw your post on how you fixed your credit and decided to contact the credit expert you recommended; DEXFRAME CREDIT REPAIR. He’s truly an expert and also trustworthy. He improved my terrible score to 792, cleared all hard inquiries, collections, lawsuits and judgment from my records. I never imagined my credit could be this great this soon. Countless thanks to Dexframe for your help. Here I am also recommending his services to all and sundry needing genuine and permanent credit fix. You can reach out to this specialist on: [email protected]/ 1.630.313.5191

After falling for the tricks of fake investors who promised quick withdrawal and failed, I was finally able to recover my money with the help of perfectwealthrecovery.com, However, I was shocked at how quick this process was completed. I was informed as to the urgency of completing my case in time but I did not expect my funds in less than a week. It felt unreal when I was told my funds had been recovered until I received them in my wallet address. Is every recovery this fast? I believe the experience of these team is instrumental in delivering quality service in time.
More
Breaking
Jul 15, 2021 (Thursday)