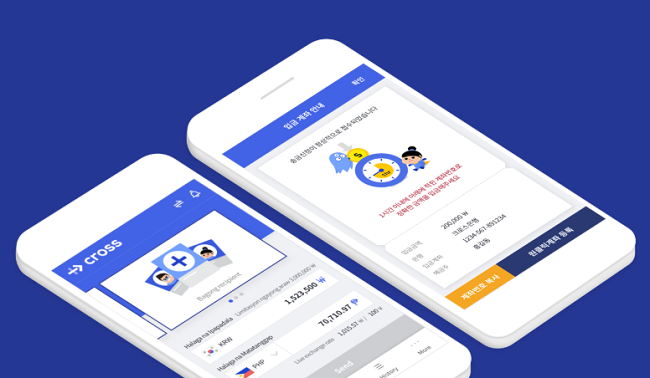 Coinone Transfer, a payments business and a subsidiary of crypto exchange Coinone, has announced its collaboration with SBI Ripple Asia to facilitate blockchain-based remittance in South Korea.

The collaboration follows the launch of Cross, a blockchain-powered remittance mobile app and web service, in December 2018.

Coinone Transfer joined Ripple’s blockchain network in May 2018. At the time, Wonhee Shin, CEO of Coinone Transfer, had revealed the plans to implement Ripple’s xCurrent solution for cross-border payments and settlement.

Currently, eight countries, including China, Thailand, and the Philippines, are allowed to send remittances through the Cross, and remittances are completed within 3 to 48 hours for each country. The remittance fee is reported at 1%.

SBI Ripple Asia is a joint venture company between Japanese financial services giant SBI Holdings and blockchain startup Ripple. It completed its registration with the Kanto Local Finance Bureau as a licensed agent for handling electronic payments in September 2018.

Commenting on the collaboration, Shin said that it would help introduce blockchain technology in various financial services, Hankyung reported.

"We are looking forward to the commercialization of block chain solutions, including XCurrent, in Korea through close cooperation between Coinone Transfer and SBI Ripple Asia,” he said (via online translation).

In order to commemorate the signing of a blockchain overseas transfer program contract with SBI Ripple Asia, Coinone Transfer will organize an overseas remittance event for 3,000 new Cross members.