Bitcoin could rise to $500K after Fed eases its monetary tightening 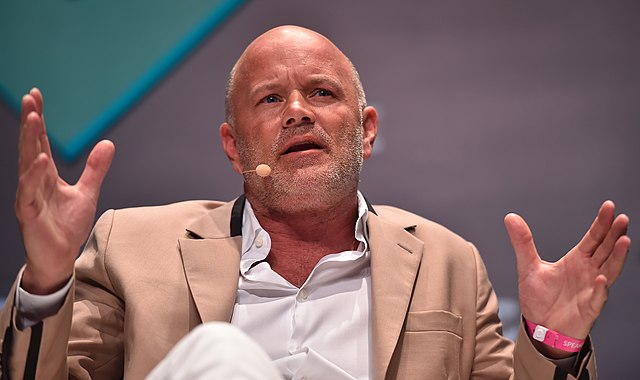 Bitcoin’s price, which has been declining since the start of the year, has finally recovered its losses and is currently trading at around $43,400. But Galaxy Digital founder Mike Novogratz is optimistic that BTC has the potential to go even higher.

While the Federal Reserve has been aggressive in its monetary tightening, the central bank will likely take a break once the U.S. economy slows down. At this point, Novogratz believes that Bitcoin will resume its march and will go “to the moon,” according to Kitco News.

He expects a 50-basis-point rate hike from the Fed with Jerome Powell likely to remain “very hawkish for a while” as he continues to battle against inflation, which is in line with the forecasts made by analysts. For instance, Bank of America’s Ralph Axel also believes that there’s a 73 percent chance of a fifty basis point rate hike in May, according to UToday.

Similarly, Goldman Sachs also expects another 50-basis-point hike by June. “We now forecast 50bp hikes at both the May and June meetings, followed by 25bp hikes at the four remaining meetings in the back half of 2022 and three quarterly hikes in 2023Q1-Q3,” the bank’s economists said in March.

However, the Fed’s monetary tightening will eventually affect slow down the economy. Deutsche Bank warned that this could happen in late 2023 and early 2024. “The U.S. economy is expected to take a major hit from the extra Fed tightening by late next year and early 2024,” the bank’s economists said. “We see two negative quarters of growth and a more than 1.5% pt rise in the U.S. unemployment rate, developments that clearly qualify as a recession, albeit a moderate one.”

Novogratz said that this slowdown in the economy could force the Fed to stop. This, in turn, could trigger Bitcoin’s rally with BTC’s eventual long-term price target between $500k and $1 million.

“I go to bed and I pray that the stewards of the U.S. economy don’t screw it up,” Novogratz said. “And so I really do pray that the dollar is going to be strong and it doesn’t go to infinity because bitcoin going to infinity means the rest of the Western world has really fallen apart.”

While Bitcoin has recently mirrored the movement of U.S. equities, Novogratz said that BTC could be sending decoupling signals. “Traditionally, when countries had horrible stewardship and started having hyperinflation, people would find U.S. dollars and put them into their pillowcases,” he added. “We are moving to a digital world. You are going to see stablecoins and Bitcoin as part of that.”

Bitcoin IRA co-founder and COO Chris Kline also predicted crypto’s divergence from equities. “What this may be that folks have been talking about in 2022 is a decoupling of equities and cryptocurrencies,” he added. “They’ve been running tandem in the last few months and this may be the beginning of that divergence between the two.”