Beowulf is changing the computing paradigm towards decentralized ownership 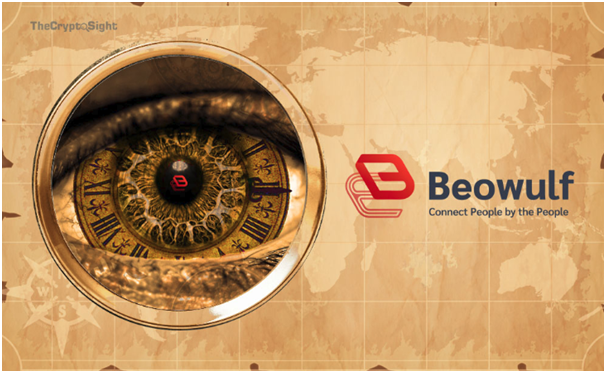 The epic poem of Beowulf has survived for thousands of years, and has inspired generations of readers across the world. Written using unrhymed poetry, it tells of the exploits of the monster-slaying hero Beowulf in the eighth-century. In this Old English epic, Beowulf slays the creature Grendel, and saves humanity from its terror.

This ancient tale is not just a children’s story meant to fill up time — it has practical lessons for modern readers to learn from about heroism and conquering legacy systems. Fast-forward to the 21st century and ‘Beowulf’ is no longer just a direct reference to the Old English poem. The term has also become synonymous with the Beowulf Project, a key player in the global technology sector, that is both driving and responding to seismic innovations as the foundation of the cloud infrastructure network.

The Advent of the Beowulf Cluster

In the middle of the 1980s, the world witnessed the desktop computer revolution, which was quickly followed by the Internet revolution and the open-source movement led by Linux in the early 1990s. During this time, it became apparent that it would be more practical to link PC computers together to create supercomputers, rather than buying CPU time on very expensive mainframe supercomputers. Eventually, this gave birth to a new computing approach: ‘the Beowulf Cluster,’ under the Beowulf Project created by Donald Becker and Thomas Sterling in 1994.

At its core, the Beowulf Cluster is a computer cluster of commodity-grade computers networked into a small local area network; the libraries and programs installed allow their processing to be shared. The result is a high-performance parallel computing cluster from inexpensive personal computer hardware, now functioning as a supercomputer. 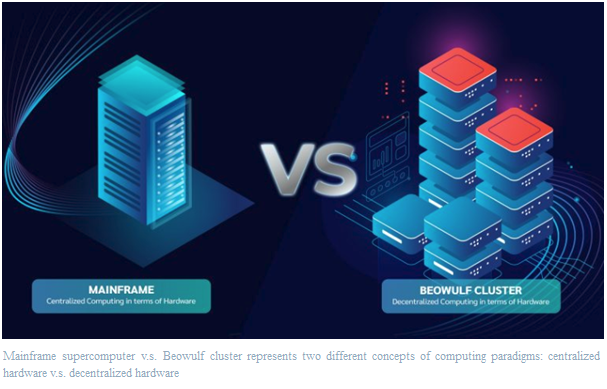 As the digital transformation innovates every corner of our society and every sector of our global economy, the internet infrastructure is not immune. Most recently, the widespread adoption of “the cloud” can be seen as a return to the centralized model where computing power is moved away from the end-users, and into a centrally managed location with centralized ownership. Our laptops, PC, and mobile devices are just terminals; most of our data is stored and processed in the cloud, and data centers owned by companies like Google and Facebook have become the new centralized model from an ownership perspective.

However, the pendulum is now swinging back, and we are witnessing yet another transformation away from the centralized computing model. Cloud computing is growing at an exceptional rate, but at the same time, there is rapid growth in mobile and “Internet of Things” computing, which is being deployed in every domain and industry. As a result, bandwidth strain is causing serious connectivity issues, especially if the expected data from 20 billion new IoT devices passes to and from the existing cloud infrastructures. The cloud was not designed to process the volume, variety, and velocity of data that IoT is generating, and will continue to generate.

The confluence of these two factors has brought about several opportunities to extend the Beowulf Cluster concept to now include globally distributed devices throughout the Internet. 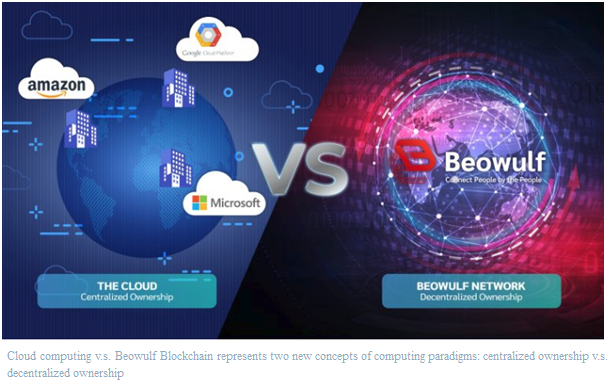 Beowulf Blockchain has been at the forefront of promoting distributed computing resources. Resurrecting the name and concept of the ‘Beowulf Cluster,’ the Beowulf supercomputer has been built by salvaging the available computing resources contributed by individuals throughout the globe. This has allowed Beowulf to provide its business clients with cheaper, better quality computing resources, while at the same time ensuring infinite scalability for the network.

Additionally, rather than constantly delivering data back to a central server, Beowulf gathers and processes data in real-time via the globally distributed network of devices. It is, therefore, able to efficiently eliminate most challenges associated with processing data ‘in the cloud’ such as latency in round-trips, network congestion, and geographical distances.

“Once again, Beowulf’s glorious victory has played out in the scientific sphere,” said Dr. William Nguyen, CEO and Founder of decentralized communication network Beowulf Blockchain. “The return of the Grendel daemon, this time as a metaphor for cloud supercomputer or centralized computing from the ownership perspective, will surely be defeated by the Beowulf Network, which represents the decentralized computing paradigm from the ownership sense. We are transforming computer connectivity by offering far better cost-effectiveness, scalability, and quality for delivered content. We are slaying the ‘ancient’ monster of centralized computing, which is holding back the development of a more connected world.”

Beowulf is creating a solid foundation for the next version of globally distributed networks. “We can’t do it as an afterthought. We must plan now for a future that is more connected. We will soon have billions of endpoints that are home computers, laptops, smart TVs, workstations and servers all around the world, and the infrastructure must be built to connect them in such a way that content and communication are well served. Computer history has always been cyclical, and the computer science community is coalescing around the supremacy of the Beowulf concept, which will live on for the rest of this century, and perhaps even further out into the future.”