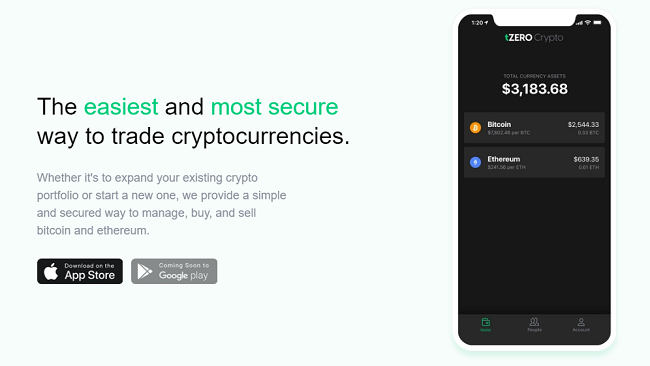 The app, called the “tZERO Crypto App,” was launched by tZERO’s Crypto unit. It will allow investors to buy, sell, and hold cryptoassets directly on their mobile phone, instead of using more vulnerable, third party exchanges for custody.

“We are excited to introduce the ability to trade and store cryptocurrencies in your mobile wallet,” said tZERO’s CEO, Saum Noursalehi. “The tZERO Crypto App is a significant milestone in our plans to provide an intuitive experience for trading all digital assets.”

According to the press release, the app will initially support bitcoin and ethereum purchases. It will utilize biometric authentication for added security and ease of use.

Furthermore, investors will also have access to tZERO’s unique private key recovery system that will help them restore their funds and cryptocurrencies in the event that they lose their private keys or mobile phone.

The app’s iOS version has been already launched and the Android version is expected to follow soon.

In a separate announcement, Overstock.com said that the Digital Voting Series A-1 Preferred Stock, OSTKO, has started live trading on the PRO Securities ATS.

Using tZERO-developed technology, Overstock issued the first SEC-registered digital security in the world, the Blockchain Voting Series A Preferred Stock (OSTKP), in 2016. The release said that the new digital Voting Series A-1 Preferred shares of OSTKO were issued in exchange for the Series A Digital Preferred Stock OSTKP, which will be retired following these conversions.