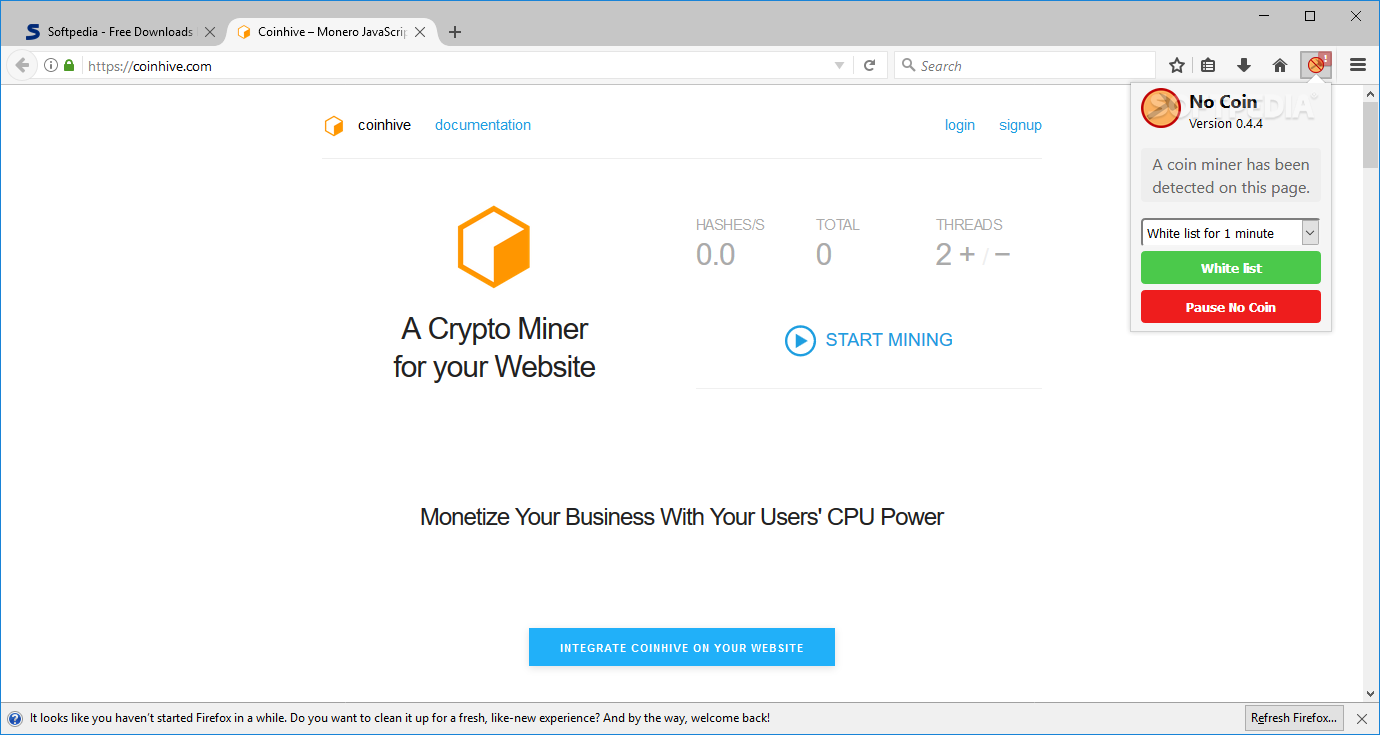 The Mozilla Foundation, the not-for-profit organization behind Firefox, has announced its plans to start automatically blocking cryptomining scripts in the future versions of its web browser in a bid to protect users and enhance their web experience.

Cryptojacking – the use of someone’s computer for mining cryptocurrency without their consent – is one of the biggest threats to user security.

In an online post, Richard Enbody and Pranshu Bajpai, from Michigan State University, explain that there are two types of crytpojacking:

“One is like other malware attacks and involves tricking a user into downloading a mining application to their computer…Another variant of this latter approach is to inject cryptomining scripts into ad networks that legitimate websites then unknowingly serve to their visitors.”

In its official announcement, the Mozilla foundation said that it is going to roll out new features in the upcoming months, which will enable blocking trackers to improve page load performance, cross-site tracking cookies, and cryptomining malware, among others.

“Deceptive practices that invisibly collect identifiable user information or degrade user experience are becoming more common. For example, some trackers fingerprint users — a technique that allows them to invisibly identify users by their device properties, and which users are unable to control,” it said.

“Other sites have deployed cryptomining scripts that silently mine cryptocurrencies on the user’s device. Practices like these make the web a more hostile place to be. Future versions of Firefox will block these practices by default.”

Users can try some of these features in Firefox Nightly beta version.

Earlier this year, Opera rolled out cryptocurrency mining protection in all its mobile browsers. In April, Google announced a ban on Chrome extensions that mine cryptocurrency.