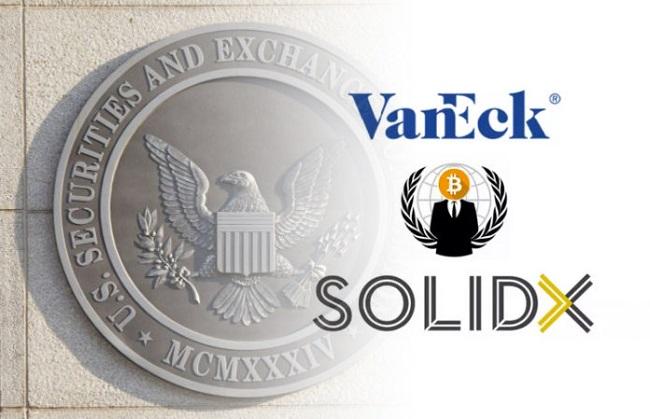 VanEck and SolidX have withdrawn their bitcoin exchange-traded fund (ETF) proposal, as per a filing with the Securities and Exchange Commission (SEC) on Tuesday.

The VanEck investment company and blockchain startup SolidX have been denied and delayed by the SEC several times in its attempt to publicly list shares of its Bitcoin Trust. The SEC had postponed making a decision, citing concerns regarding difficulties in price discovery and frauds in crypto trading.

Amid the withdrawal, Gabor Gurbacs, VanEck’s Director of Digital Asset Strategies, stated in a tweet that “we are committed to support Bitcoin and Bitcoin-focused financial innovation. Bringing to market a physical, liquid and insured ETF remains a top priority. We continue to work closely with regulators & market participants to get one step closer every day.”

Tuesday’s filing marks the second time the two companies withdrew their proposed ETF. It can be recalled that the same ETF proposal was pulled out in January after a prolonged government shutdown threatened to force a rejection.

The latest proposal was supposed to head for a final deadline of Oct. 18 to determine whether to approve or reject what could have been one of the country’s first bitcoin ETFs.

Meanwhile, the announcement follows after the two companies revealed earlier this month that the VanEck SolidX Bitcoin Trust will issue shares to qualified institutional buyers (QIBs) in accordance with SEC’s Rule 144A. The said shares will enable QIBs to access various features and mechanisms envisaged in such a public offering.

As previously reported, Rule 144A will basically exempt the shares from securities registration, but with the condition that they can be sold only to certain institutional buyers and not retail investors.