US Senator comes out in support of Facebook’s crypto, finds hostility towards Libra “puzzling” 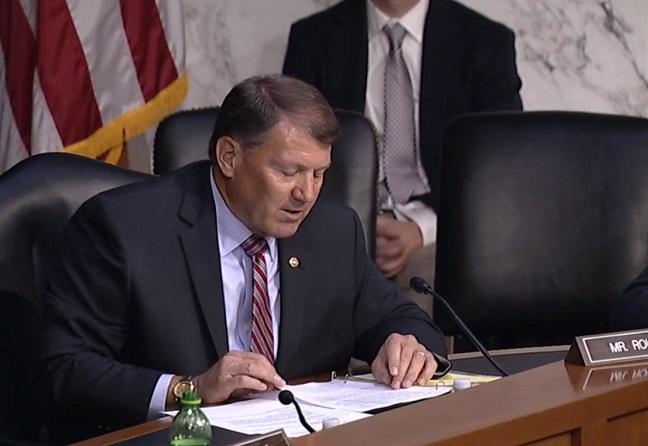 A US lawmaker has condemned the letter sent by Senators Brian Schatz and Sherrod Brown in which they warned Visa, Mastercard, and Stripe “to proceed with caution” over their involvement in the Libra project.

In a letter to Libra Association member Anchorage, Sen. Mike Rounds hailed Facebook’s cryptocurrency Libra, saying that it has the potential to help unbanked and underbanked consumers.

Commenting on the letter penned by Schatz and Brown, Rounds said:

“It is profoundly disappointing that my colleagues chose to address your peers in such an ominous tone, which I fear may put a chill on innovation in the long run.”

It can be recalled that Mastercard, Visa, eBay, Stripe, and Mercado Pago followed the steps of PayPal to withdraw their support from Facebook’s Libra Association.

Further noting the advancements made in countries such as Africa and China, Rounds said that the U.S. is falling behind in the cryptocurrencies and digital payments space.

“With the payments industry still in its infancy in our country relative to the rest of the world, it puzzles me that my colleagues would react with such hostility to the creation of Libra,” Rounds said.

He further said that he shares the concerns about various risks posed by digital currencies, including money laundering, financing of terrorism, and criminal activities, among others. However, Rounds also underscored the struggles numerous companies have to face due to the “archaic and inflexible” regulatory and legal system in the United States and are compelled to move their base to other countries.

While Rounds stressed that the members of the Libra Association should follow the rules for the development of Libra, he said that the demands from “a few of [his] colleagues] is “not healthy for innovation and, fundamentally, is not how our republic should work.”

He further appreciated the “slow and deliberate approach” taken by the Libra Association, adding:

“While the Association is still in the process of standing up its governance framework and its operating rules, it would be a shame to lose the progress you have already made in creating Libra.”

Earlier this week, the Libra Association charter was signed by a total of 21 organizations. Despite the departure of major backers, Bertrand Perez, chief operating officer and interim managing director of the Libra Association, told CNBC that he is confident that the association will reach its target of 100 members by the time Libra launches. He said that companies including “banking and financial institutions” have expressed interest in joining the project.

On Oct. 23, Facebook CEO Mark Zuckerberg is expected to testify before the House Financial Services Committee to defend the cryptocurrency.