Stablecoins and CBDCs do not threaten the stability of the financial system, says Bank of England exec

Contrary to some press headlines, even such a dramatic shift does not inherently constitute a financial stability risk as long as it happens in an orderly manner, says Christina Segal-Knowles. 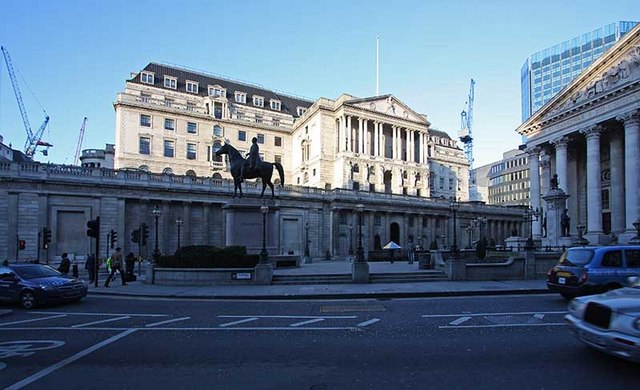 Bank of England, City of London / Image by: Wikimedia Commons

While it is cautious when it comes to cryptos like Bitcoin (BTC) and Ether (ETH), the Bank of England (BoE) does not have any problems with stablecoins and central bank digital currencies (CBCDs). In fact, a bank executive recently stated that stablecoins and CBDCs don’t pose an inherent risk to financial stability even if they displace bank deposits.

“Stablecoins and other new forms of innovation in payments potentially offer benefits,” Christina Segal-Knowles, executive director of financial market infrastructure at the BoE, said on a speech. “They could reduce cost and offer new convenience and functionality. They could increase the resilience of payments – by offering alternative new ways to pay. And there could be potential long-term financial stability gains from new forms of digital money.”

She explained that while the technology behind stablecoin is new, the basic elements of a stablecoin are very old. “In fact, as old as money itself,” she added.

Ninety-five percent of the money businesses and households hold is in commercial bank deposits rather than cash. The pandemic has accelerated the decrease of cash usage as many opted for non-cash options in their transactions.

Segal-Knowles also downplayed concerns that holding stablecoins and CBDCs might undermine the traditional banking model, according to Coindesk. Some are worried that “consumers might choose to use them rather than depositing their money into a commercial bank.”

“The discussion paper models what would happen if a large number of households and businesses moved their deposits from banks and into a stablecoin or Central Bank Digital Currency (CBDC),” the BoE executive explained. “Contrary to some press headlines, even such a dramatic shift does not inherently constitute a financial stability risk as long as it happens in an orderly manner.”

Segal-Knowles believes that the right regulation could make stablecoins safer. “But it is equally true that private money can be made acceptable as a widespread means of payment – indeed, as I covered earlier, the vast majority of money held for transactions in the United Kingdom is already private,” she added. “So, with the right regulation, a stablecoin could potentially be made safe for wide-scale use.”

This means that stablecoins must meet the core elements of the regulatory framework for private money. These include a legal claim, capital requirements, liquidity requirements, and a backstop to compensate coinholders such as the Financial Services Compensation Scheme (FSCS).