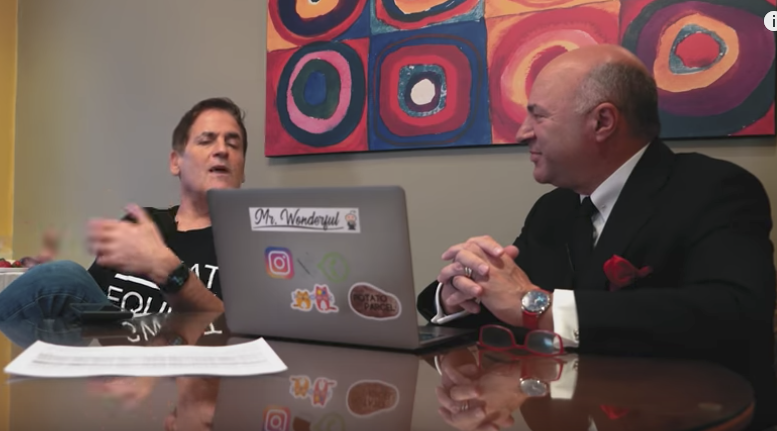 American entrepreneur and investor Mark Cuban is not into cryptocurrency.

Cuban appeared on fellow “Shark Tank” member Kevin O’Leary’s YouTube show and one of the audience asked him about his thoughts of crypto and if he prefers it over gold. But the billionaire prefers neither of it at the time being because they have the same value.

“With Bitcoin, some people value it as a store of value, which makes it like baseball cards, art [and] gold,” said Cuban about crypto. For gold, he added, “people want to invest in it because they think, if certain circumstances occur, there will be other potential buyers at that value.”

“When people say there’s no intrinsic value to crypto, they don’t really look at the value of blockchain. Blockchain, in general, does have at least a basic intrinsic value” but “not as high as what crypto trades for,” he explained.

This isn’t the first time Cuban spoke about cryptocurrency and showed his lack of enthusiasm for it. In 2019, he said that Bitcoin has “no intrinsic value.” He even related bitcoin to other speculative items like baseball cards and preferred the latter because at least he could link it to his favorite player before adding that he would rather collect bananas than crypto because he can eat it. He also admitted that he did not see any future for crypto as a reliable currency.

“Not because it can’t work technically, although there are challenges, it could, but rather because it's too difficult to use, too easy to hack, way too easy to lose, too hard to understand, too hard to assess a value,” Cuban explained.

The Dallas Mavericks owner also stressed for bitcoin’s rivals that it was “too much work for people to know why BTC over everything else.”

Most of the wealthiest men in the world are also not into crypto, but they see the potential of blockchain. Amazon founder Jeff Bezos, Microsoft founder Bill Gates and Berkshire Hathaway CEO and Chairman Warren Buffett also don’t find value in it.

“Cryptocurrencies basically have no value and they don’t produce anything,” Buffett said.

With the recent resurgence of the cryptocurrency market, it’s no surprise that the fraud and scams that became so common in 2017 are picking up again. If you’re an IEO or STO investor, it’s critical to have a good understanding of blockchain technology so that you can spot the obvious scams and avoid losing money.However, not all scams are so easy to spot. I fell victim once and lost all my savings, thanks to the expertise of WWW  RAPIDASSETRECOVERY COM and his team that helped me recover my funds.
More
Breaking
Feb 27, 2021 (Saturday)