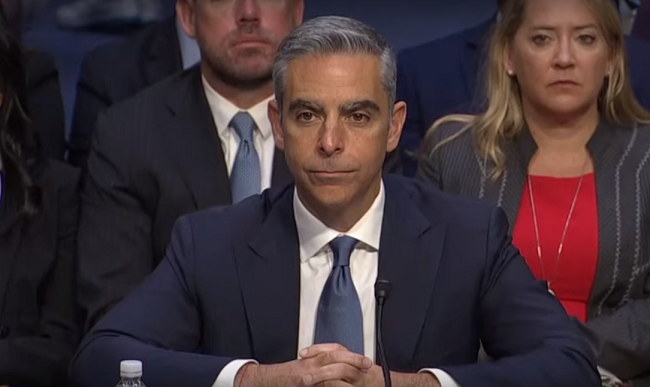 In his testimony at the Senate Banking Committee hearing on Tuesday, David Marcus, head Facebook’s crypto wallet Calibra, emphasized on the social media giant’s intention to work with global regulators, adding that Libra would not be launched until they fully address the regulatory concerns and receive appropriate approvals.

Noting the serious legitimate concerns that arose from Libra, he stressed that he will “do what it takes to address these concerns and if those concerns are not addressed and if the regulatory oversight is not appropriate, then we will not launch until it is.”

Marcus described Libra as “a safe, secure and low-cost way for people to move money around the world.”

Talking about the independent Libra Association, which will govern the Libra blockchain network and administer the Libra Reserve, he said that when fully formed, the Association will have 100 diverse members, adding that Facebook will only have one vote and will not be in a position to control the Association.

“Nor will Facebook or the Libra Association position themselves to compete with sovereign currencies or interfere with monetary policy,” Marcus added.

Further commenting on Calibra, a Facebook subsidiary that will offer digital wallets, he said:

“We expect the Calibra wallet will be governed by rules administered or enforced by FinCEN, OFAC [Office of Foreign Assets Control] and the FTC. It will also be regulated by state financial regulators.”

A panel member, Senator Sherrod Brown (D-Ohio) quite explicitly expressed his averseness to the Libra project particularly in the wake of the infamous Facebook-Cambridge Analytica data scandal. He said:

“Look at Facebook’s record, we would be crazy to give them a chance to experiment with people’s bank accounts to use powerful tools they don’t understand like monetary policy to jeopardize hardworking Americans’ ability to provide for their family. This is a recipe for more corporate power over markets and consumers and fewer protections for my constituents.”

During the Q&A round, Brown asked Marcus, “Sitting here today Mr. Marcus, after all the times Facebook has abused the public’s trust…do you really think people should trust Facebook with their hard-earned money?”

In his response, Marcus accepted that they have “made mistakes in the past” but reiterated that “Facebook will only be one among a 100 different members of the Libra Association and will have no special privilege means that you will not have to trust Facebook.”

Brown, however, unsatisfied with the answer, further queried, “You get a paycheck in dollars I assume [and] I assume you get some pretty good compensation in Facebook stock too. Will you pledge today in this committee that you and your team who are working on this project will accept a 100% of your salary and other compensation in this Facebook currency?

When Marcus tried to respond saying “Libra is not designed to compete with bank accounts…”, Brown interrupted and pressed him to answer his question that will he accept all of his compensation in this new currency. Marcus responded:

“Senator, if your question is whether I would trust all of my assets in Libra and the answer is ‘yes, I would’” adding that “[Libra] is backed 1 for 1 with a reserve.”

The crypto project, however, got some support from Senator Patrick Toomey, who said that it is “wildly premature for us to come to the conclusion that we have to act now to prevent what could be a very constructive innovation in financial services.”

“I think there are tremendous potential benefits in blockchain technology and crypto currencies…” Referring to Libra, in particular, Toomey said, “Here we have, what strikes me as, an interesting iteration maybe including a mechanism to provide diminished volatility [by] backing it with a basket of currencies. So, I think we should be exploring this and considering the benefits as well as the risks and to take a prudent approach.”

Meanwhile, Facebook was recently in the headlines for a whopping $5 billion fine to be imposed by the Federal Trade Commission (FTC). A source familiar with the matter told The Washington Post that the FTC recently voted to approve a roughly $5 billion settlement with the social media firm that could end an investigation into its privacy practices.