Kiyosaki recommends Bitcoin, gold, and silver as he predicts the U.S. dollar will crash by January 2023

Kiyosaki isn’t that concerned and even noted that crashes are great times to accumulate wealth as there will be buying opportunities as long as the Federal Reserve continues to raise interest rates. 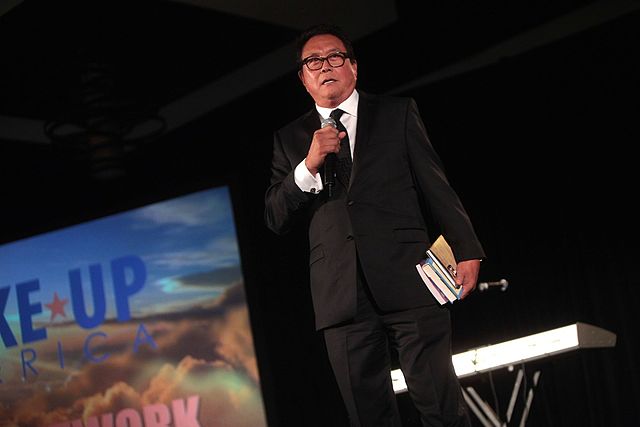 Robert Kiyosaki, the author of the international best-seller “Rich Dad Poor Dad,” issued a dire warning about the U.S. dollar and predicted that the greenback would crash by next year. He mentioned the largest crypto by market cap, Bitcoin (BTC), as one of his investment recommendations as the Fed continues to raise rates.

Kiyosaki first commented about the British pound plunging against other currencies and the Bank of England’s swift response by embarking on a bond-buying program to soothe the markets. “English pound died this week,” the author tweeted on Saturday, Cointelegraph reported.

He then shifted his focus on the greenback on another tweet. “Will U.S. dollar follow English Pound Sterling? I believe it will,” Kiyosaki wrote. “I believe U.S. dollar will crash by January 2023 after Fed pivots.”

However, the author isn’t that concerned and even noted that crashes are great times to accumulate wealth as there will be buying opportunities as long as the Federal Reserve continues to raise interest rates. He mentioned gold, silver, and Bitcoin (BTC) as his top picks of investment opportunities when this happens.

“Buying opportunity: if Fed continues raising interest rates US $ will get stronger causing gold, silver & bitcoin prices to go lower,” Kiyosaki wrote in a follow-up tweet on Sunday. “Buy more. When Fed pivots and drops interest rates … you will smile while others cry.”

The author has long been predicting the crash of the U.S. dollar. He indicated that the U.S. dollar was about to implode earlier this year and said last month that the end of fake money is here.

Kiyosaki is known for the 1997 financial self-help book “Rich Dad Poor Dad,” which he co-authored with Sharon Lechter. It stayed on the New York Times Best Seller List for more than six years and sold more than 32 million copies worldwide. The book has been translated into over 51 languages and sold across 109 countries.