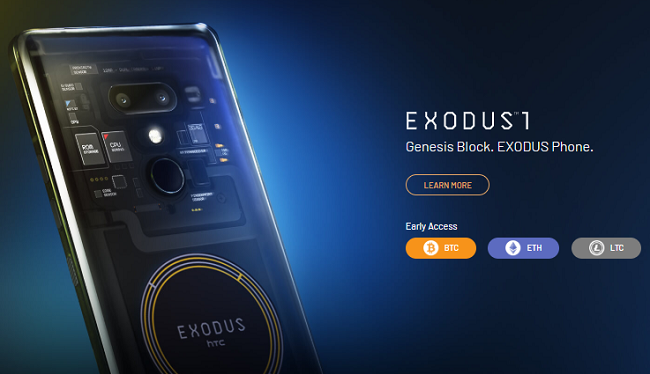 We are very happy to have @Brave as default browser & to be working with HTC on their Exodus phone: https://t.co/J5WQrqODKa

Brave Software was co-founded by Brendan Eich, co-founder of Mozilla and creator of JavaScript, and Brian Bondy, formerly of Khan Academy and Mozilla. It combines an innovative privacy browser with a blockchain-based digital advertising platform. According to the official website:

“The new Brave browser blocks the ads and trackers that slow you down, chew up your bandwidth, and invade your privacy.”

In May, HTC announced that it is working on a new Android phone which will be powered by blockchain technology. Subsequently in October, it opened access to the first phone of the Exodus project, the ‘EXODUS 1’.

Last week, HTC announced that it has added Litecoin (LTC) to the purchase options available for EXODUS 1, meaning the new phone can now be bought using bitcoin (BTC), ether (ETH) or Litecoin (LTC).

In addition, the company has also announced the launch of ‘Zion,’ the all-in-one wallet on the blockchain. HTC said:

“With multiple functions including DAPPs, payment, collectibles, as well as exchange and access to a wider blockchain marketplace in our future roadmap, the ‘Zion’ wallet operates through highly-secure Trusted Executive Environment (TEE) technologies.”

“With a ‘Secure Enclave’ operating independently of the Android OS, the wallet will protect the entrusted crypto-keys with stringent security. When authorizing transactions, Zion Trusted UI creates a safe zone, guarding against the possibility of data-theft from malware running on the device.”