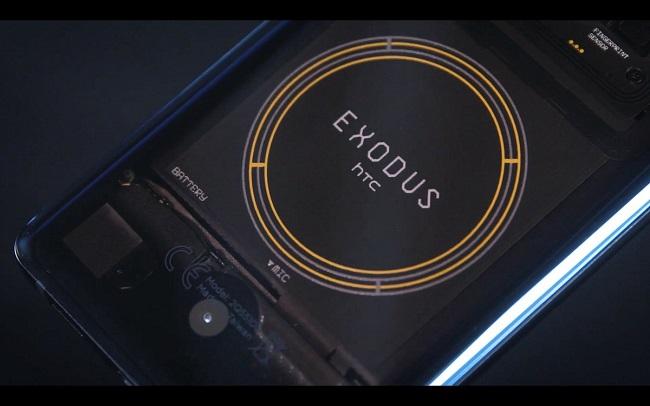 HTC has officially announced that it is opening up access to an early version of its much-awaited blockchain smartphone.

In a tweet, HTC Exodus announced the official early access to “Exodus 1” to developers and enthusiasts. The announcement follows the recent release of a teaser that gave a glimpse of the new smartphone’s design.

This is official early access release to the EXODUS 1. We are inviting a community of developers and enthusiasts to work with us to keep building security. Join us in rebuilding trust together, one phone at a time. Get your early access now! pic.twitter.com/sPcNc7wnzj

Importantly, the new phone can be purchased only with cryptocurrencies – bitcoin or ethereum and will start shipping in December 2018.

Referring to an official announcement, CoinDesk reported that the EXODUS 1 is available to customers in the U.S., Hong Kong, Singapore, New Zealand, the U.K., and nearly 30 other countries.

In an email to CoinDesk, HTC's decentralized chief officer, Phil Chen said that the early access version will help the company get valuable feedback which will help it to improve the device.

"The goal is to start with the blockchain community and get their assistance in making our wallet and the technology even more secure, in essence testing it out and providing feedback and suggestions [and] solutions," he said.

"Recent figures show that there are around 35 million wallets out there at the moment. The HTC EXODUS 1 is about getting the consumer used to owning their own keys and going from there to develop the EXODUS into a device that can be for the broader market."

The blockchain smartphone will reportedly introduce new features to the crypto market. This includes a “Social Key Recovery” feature which will allow users to select “trustworthy” contacts, who will be required to download an HTC key management app. The user’s recovery seed will then be split among these trusted contacts.

In the event of the user’s phone getting lost or stolen, or if the user forgets his/her private key, then they would be able to use these contacts to regain access to their funds.