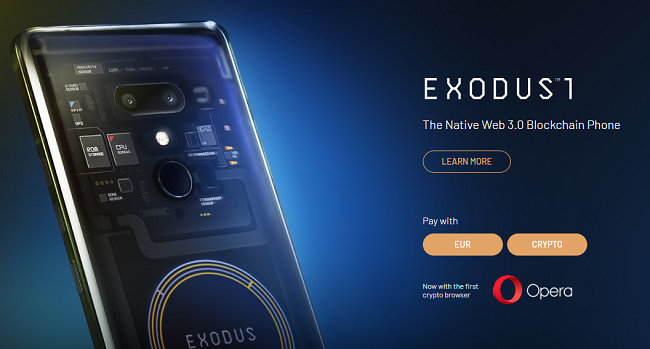 Taiwanese smartphone maker HTC will release its second-generation blockchain phone in the latter half of 2019, Taiwan News reported referring to a report from Central News Agency.

In May 2018, HTC announced that it is working on a new Android phone which will be powered by blockchain technology. Later in October, it opened access to the first phone of the Exodus project, the ‘EXODUS 1’.

At an investment trend forum held at Taipei 101 on April 26, HTC Decentralized Chief Officer Phil Chen has now announced plans to launch the second-generation phone of the Exodus project.

The first wave of ‘EXODUS 1’ phones began shipping December 5. Per the report, the sales have been well aligned with the company’s expectations.

In addition to releasing the next version of the blockchain phone, HTC is considering a broader digital asset management product line, including cryptocurrency applications, Chen added.

Chen recently co-founded a new blockchain-focused venture capital fund, called “Proof of Capital,” in the United States. HTC Exodus is one of the backers of the fund, along with YouTube co-founder Steve Chen; and Taiwanese firm Formosa Plastics.