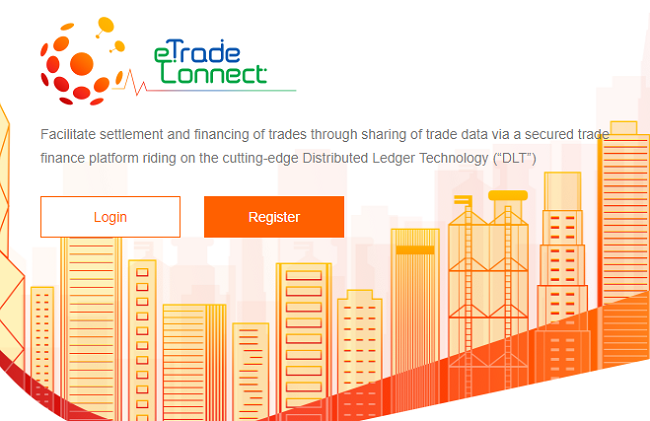 The Hong Kong Monetary Authority (HKMA) has announced the official launch of a blockchain-based trade finance platform developed by a consortium of twelve major banks in Hong Kong.

According to the official release, the commercialisation of the trade finance project was first announced in Oct 2017, following a successful proof-of-concept (PoC) trial facilitated by the HKMA.

The HKMA said that it has been working towards connecting eTradeConnect with trade platforms in other regions in order to facilitate cross-border trades.

eTradeConnect has signed a Memorandum of Understanding with we.trade, a blockchain-based trade finance platform established by nine banks in Europe, to conduct a POC on connecting the two platforms.

“The connection between eTradeConnect and we.trade platform paves the way for the digitalisation of cross-border trades in the Asia and Europe trade corridor, and will serve as a good reference for the future connection of eTradeConnect to other trade finance platforms,” Howard Lee, Deputy Chief Executive of the HKMA, said.

Based on the IBM Blockchain Platform, we.trade was launched in June 2018 and has been providing service to 14 major European banks. In its announcement, we.trade said that its collaboration with eTradeConnect “opens the first doorway between the Asian and European markets.”

“Our co-operation confirms our roadmap and as the first step of developing “network of networks” in blockchain based trade finance solution. This exciting collaboration has the potential to unlock trade finance barriers for between Europe and Asia and through interoperability create an ecosystem that combines all the different stages of trade,” Roberto Mancone, Chief Operating Officer of we.trade, said.