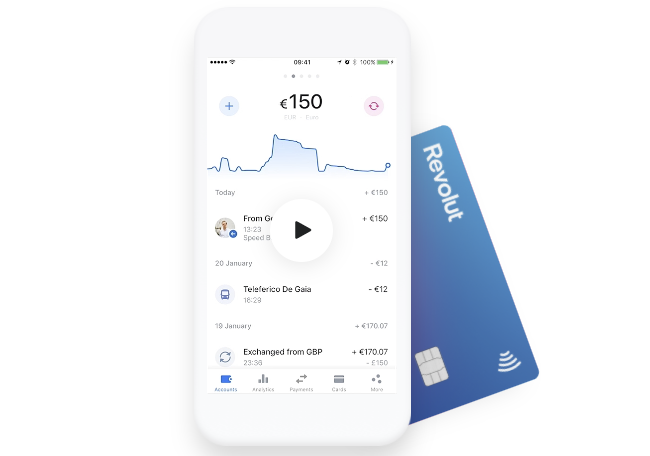 Fintech Revolut announced that it will be making cryptocurrency available to its seven million customers to caution the damaging effects of the coronavirus pandemic.

Revolut made the announcement via e-mail to its customers last week, Finextra reported. The U.K.-based fintech stated that crypto is an “alternative to real money during the times of quantitative easing and currency devaluation following the 2008 financial crisis” which is “happening again right now” due to the COVID-19 outbreak.

Revolut has been supporting Bitcoin (BTC), Ether (ETH) and Litecoin (LTC) to its Premium users since 2017. Last year, it planned to extend the service to its Standard customers later in 2020.

This move can potentially open the door for several digital assets like Bitcoin at a time when the mainstream financial markets suffer an intense blow due to the pandemic.

However, some are still not convinced when it comes to crypto being safe haven because it’s just put to test for the first time.

“The markets are in shock and there are lots of technical elements that are affecting their behavior, so it is way too soon to tell what will prove to be a safe haven,” Ido Sadeh, founder of stablecoin SAGA, told Finextra.

“We also need to qualify a lot of the expectations that Bitcoin is a safe haven simply because it’s disconnected, which to date have not been fulfilled.”

Meanwhile, SEBA suggests that there is precedent for Bitcoin to surge in the months ahead as financial markets tread water. However, it also experienced the same downward trend as the traditional market.

“When you have crises, people fly to liquidity and sell whatever they can,” Yves Longchamp, SEBA’s head of research, explained. “They don’t differentiate between the types of asset, so Bitcoin was caught up in this spiral.”

SEBA added that cryptocurrencies may suffer more due to the lack of involvement from the government and rate cuts. It added that the short-term correlation between the cryptocurrency and mainstream financial markets will prove the exception rather than the rule in the longer term.

“Just like gold, Bitcoin is also a form of 'outside money', a type of asset that is the liability of nobody and cannot be manipulated by anyone,” it added.

Meanwhile, Jill Carlson, co-founder of the Open Money Initiative, a non-profit research organization, believed that bitcoin is the ultimate safe haven asset because it can be self-custodied and can be held when the systems of trust and rule of law breaks.