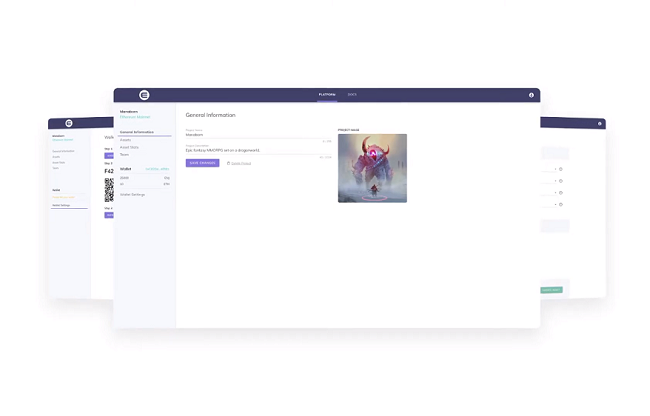 Enjin has announced that its game development platform is now live on ethereum mainnet.

In an online post, Enjin explained that the Enjin Platform would enable “codeless creation and management of blockchain assets.” Simply put, developers would be able to integrate crypto assets into games and apps without a single line of blockchain code.

“The Enjin Platform is an all-in-one blockchain development platform,” it said. “At a core level, the Platform democratizes the ability to create, mint and manage next-generation blockchain assets.”

Using the platform, game developers would be able to easily create powerful blockchain assets, manage advanced economic gameplay mechanics, and integrate decentralized inventory into their new and existing apps and games, according to Blockchain News.

“With our solutions, we aim to create a more prosperous games market for all, with new forms of social gameplay inspired by life-like economies and mechanics that have never been seen before,” said Maxim Blagov, Enjin CEO. “Our platform is designed to integrate seamlessly into new and existing games alike, providing a competitive edge to studios of all sizes and across all genres.”

The Enjin Platform is basically a suite of tools and services with native support for ethereum’s ERC-1155 token standard, which developers can use to integrate both fungible and non-fungible tokens (NFTs) in a single smart contract.

The platform is powered by Enjin Coin (ENJ), which is used as a “minting resource used to back the value of blockchain assets.” As developers mint assets with the platform, they lock ENJ into them, which in turn acts as a certificate of authenticity and guarantee of value.

As per the report, over 2,500 projects using ERC-1155 have already been created on the testnet version of the Enjin Platform.

Enjin said that it plans to publicly launch the blockchain software development kit (SDK) for Godot, its open-source game engine, in the second quarter of this year.

“For the last 12 years, minting, deploying, and managing blockchain assets has been a challenging process that required specialized knowledge, but this all changes today,” said Enjin CTO Witek Radomski. “We are beyond proud to be able to remove the barriers to blockchain adoption and make this exciting method of value creation available to individuals, developers, and businesses of all experience levels and industries.”