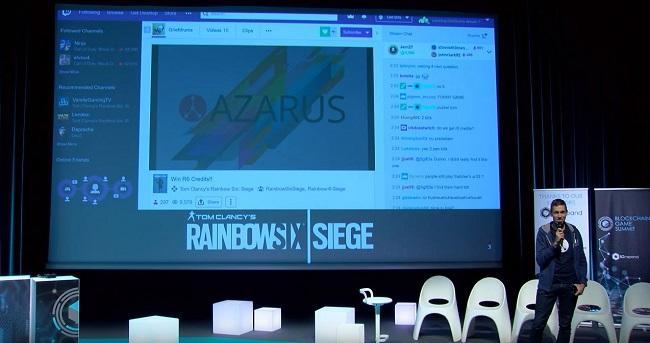 The proceeds will be used to establish the game network’s EOS blockchain-powered “smart challenge” platform, which allows gamers to compete for digital assets via casual and competitive gaming challenges.

Launched in late 2018, the platform works by inviting Twitch streamers and fans to take part in the game based around streaming data. Winners will receive AZA tokens as a prize, which can be exchanged for in-game items, currencies, and other digital assets in the Azarus marketplace.

The “smart challenge” platform allows users to set their own rules and challenges, and the terms of which are notarized on the EOS blockchain, including the data used to execute and resolve the challenges, to maximize transparency and fairness.

In addition, a pilot program will enable select streamers to award tokens to viewers who can correctly answer their historical or predictive broadcast-related questions. AZA credits can also be earned by viewing Azarus-enabled amateur and professional esports streams.

Azarus, which is a part of the Ubisoft accelerator, currently supports the Rainbow 6 Siege game, but it plans to roll out more in the future.

Meanwhile, EOS developer Block.one has revealed its plan to create a new EOS blockchain-based social media platform called “Voice” that will reward and return control to social media users. The network will enable its users to benefit from their ideas and engagement on the platform.