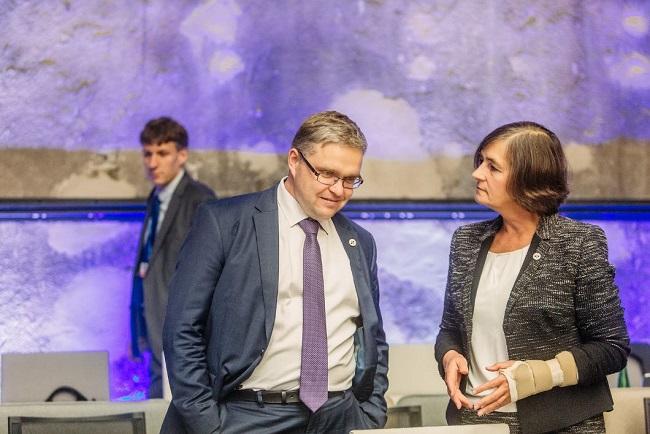 An official of the European Central Bank (ECB) stressed the benefits of central bank digital currencies (CBDCs) while warning to take caution in a speech published by the Bank of International Settlements (BIS) on Monday.

Vitas Vasiliauskas, the chairman of the Board of the Bank of Lithuania, said that CBDC should be different from traditional reserve account and private crypto assets. Furthermore, it should possess the qualities of the existing central bank money allowing it to be used as a medium of exchange, a means of payment, and a store of value.

In terms of accessibility, he discussed surrounding issues whether CBDC should be retail or wholesale only currencies, or both. But in the event of retail CBDC, it should be made available for the general public, whereas wholesale currencies are limited to financial institutions.

Vasiliauskas also pointed out several advantages of wholesale CBDC, including enhanced payment and securities settlement efficiency and decrease counterparty credit and liquidity risks. Retail CBDCs, on the other hand, can help ensure continued access to the central bank money for people.

In addition, interest-bearing retail CBDC could improve monetary policy transmission by enhancing pass-through of the policy to deposit and lending rates and increase the effective lower bound constraint.

“The amount of cash in circulation is declining in some countries. This could mean that one day, even if it seems like a distant prospect — every single person will have to have an account with a private entity just to make payments. Unfortunately, this may lead to increased levels of financial exclusion,” he said.

Vasiliauskas admitted that while the technology for retail CBDC is available, it has not been done yet. “In the extreme scenario, CBDCs could encourage ‘digital sector-wide bank runs which could occur in unprecedented speed and scale,” he said.

He further pointed out that CBDC would crowd out cash and commercial bank deposits, increase credit risks, and distort financial markets with large-scale asset accumulations. He also enumerated other drawbacks including the uncertain robustness of the underlying technologies to issue CBDC and the adherence to money laundering requirements.

Vasiliauskas spoke at the Reinventing Bretton Woods Committee conference “Managing the Soft Landing of the Global Economy” in Washington DC, on April 12.

The speech was published amid reports that some lawmakers want to oust Vasiliauskas, saying he is not cooperating adequately with a probe into the 2008 financial crisis, Bloomberg reported.