Members of the 8th Congress of the Communist Party of Cuba (PCC) proposed to include crypto in the guidelines of the economic and social policy of the Party and the Revolution. 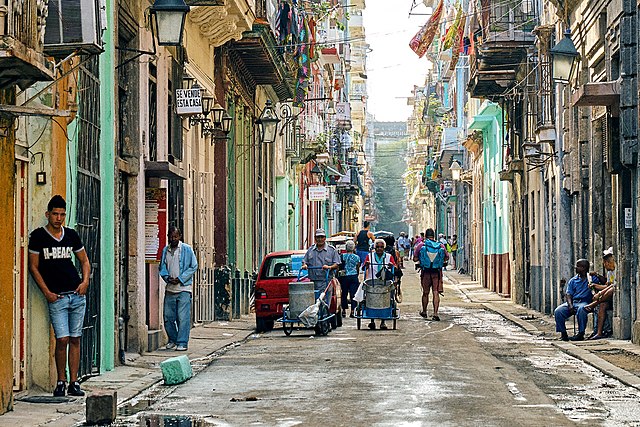 Cuba is turning to cryptocurrency to help it deal with its current economic crisis. The country’s government has recently shown interest in crypto and is looking for ways to harness digital currencies to address the problems of its economy.

Local publication Directorio Cubano reported that some members of the 8th Congress of the Communist Party of Cuba (PCC) have suggested that the government should make its entry into the crypto space. The purpose of the move is to make crypto “an alternative to face the current economic crisis” that has affected the country.

During the sessions of the congress on Saturday, April 17, delegates asked for the inclusion of crypto as part of the update on the “guidelines of the economic and social policy of the Party and the Revolution.” The guidelines were formulated in April 2016 and aimed at steering the country’s development until 2026.

Cuba-based outlet Cubadebate said that delegates proposed to “advance in the study of cryptocurrencies in the economy’s current conditions,” according to Bitcoin.com. The proposal was mentioned on the second day of the meeting, which took place in the country’s capital Havana and lasted until Money, April 19.

Unfortunately, no other details on the proposal were provided by the PCC. However, there are speculations that Cuba could go the way of Venezuela, which created the Petro (PTR), the government-issued crypto.

At the moment, the Cuban government led by Miguel Diaz-Canel has not shown any indication that it would make crypto a state affair. However, Cuban nationals have been using Bitcoin (BTC) and other cryptos in trading and other financial operations.

Cubans have been facing restrictions on remittances coming from the U.S. In fact, Western Union closed its operations in the country after doing business on the island for more than two decades as a result of U.S. sanctions.

With Western Union’s departure, Cuban residents have turned to Bitcoin and other cryptos for cross-border payments and even payment for utilities. Covid-19 restrictions have likewise increased the usage of cryptos in the island.