Known as Switzerland's Crypto Valley, the canton of Zug plans to accept Bitcoin and Ether as tas payment next year. 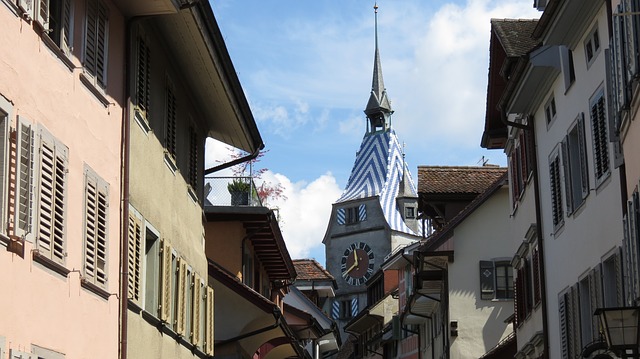 Image by MPMPix from Pixabay

The canton of Zug in Switzerland has been known as a hub for blockchain-based and digital currency startups. Living up to its reputation, the Swiss region recently announced that it will soon be accepting cryptocurrency for tax payment.

In an announcement made on Thursday, September 3, the Zug administration said that it will accept cryptocurrency as payment for taxes starting next year, according to ABCNews. If the plan pushes through, Zug will become the first region in the country to accept digital currencies as payment for taxes, further cementing its reputation as Switzerland’s Crypto Valley.

“The canton of Zug is once again living up to its role as a pioneer in new blockchain technologies and is the first Swiss canton to offer the possibility of paying tax debts with cryptocurrencies,” Zug canton said in a blog post. “The cantonal tax administration will accept this new form of payment from February 2021.”

However, it appears that Zug will only accept the top two largest cryptocurrencies in terms of market cap. The canton only mentioned Bitcoin (BTC) and Ethereum (ETH) in its announcement.

“As the home of the Crypto Valley, it is important to us to further promote and simplify the use of cryptocurrencies in everyday life,” Zug Finance Director Heinz Tännler said. “We can make one by being able to pay tax debts with Bitcoin or Ether big step in this direction.”

The option to pay for taxes is open for both companies and individuals. However, there seems to be a cap in the amount one can pay using cryptocurrency, which is currently set up CHF 100,000 or around $110,000, according to Yahoo.

“Tax settlement using cryptocurrency will be available to both companies and private individuals up to a claim amount of CHF 100,000,” the announcement added. “Part payments are not accepted. A pilot will take place in the coming weeks to test the processes so that everything is ready by the next tax invoice run in February 2021.”

Those who want to pay their taxes in crypto will need to inform the Swiss tax authorities. They will then receive a QR code that will be used during the payment process.

BEWARE!!!!! I thought I was entering an age of new money from online investment when I learnt about binary options, I was greatly eager to get on board even more especially because i had some knowledge of online trading, everything changed when I was ready to make my withdrawal and I could get nothing. The entire thing literally broke down in my face when I became convinced my money was stuck with them, read came across a group of recovery experts and they did a good job helping me settle a problem that was having me sick daily, they recovered every thing I invested and they required no upfront payment whatsoever for the task. I’m quite impressed by their work, you can contact their team ( [email protected] . org )

I am a cryptocurrency trader and i make over 200% daily, If you are interested,i can teach you how to trade and also help you achieve your goal in life with crypto i can turn
$4500 into $35000 in less then four weeks,now that bitcoin has low prices...please note that cryptocurrency trading is bitcoin unlike binary and Forex,bitcoin is traded for altcoins also you can reach to me if you are new to bitcoin and to give you more info and guideline on how to invest smartly, this is opportunity life time knocking on your door inbox me for more info....contact me on whatsapp :+12067425358 inbox me for serious and long term business ,..................
More
Breaking
Feb 21, 2020 (Friday)