As the friendliest jurisdictions for crypto where local regulators are receptive to blockchain-related technologies, he added that the United Arab Emirates (UAE) and Dubai would likely benefit from the expected expansion of Middle East's cryptocurrency ma 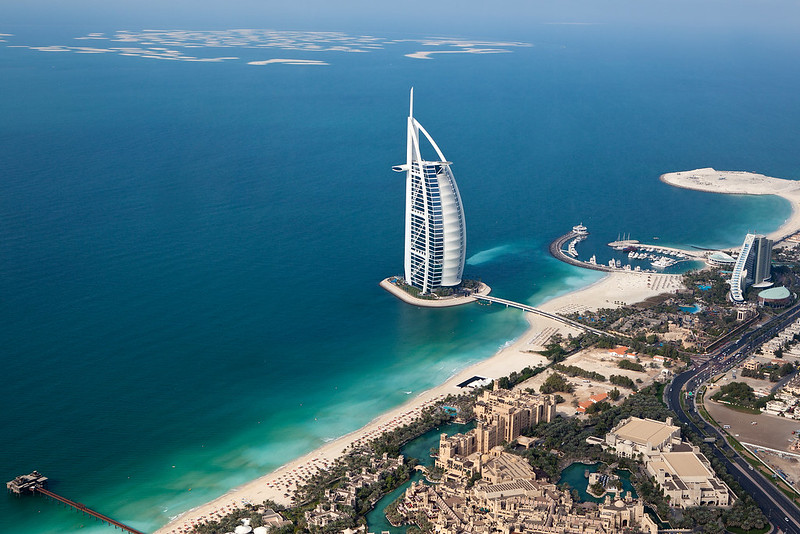 Crypto exchange Bittrex Global predicts that the crypto market will continue to grow in the Middle East. Dubai and the United Arab Emirates as a whole will greatly benefit from the expansion of the digital assets market in the region.

Stephen Stonberg, CEO of Bittrex Global crypto exchange sees a rapid expansion of the crypto market in the Middle East region, according to Cointelegraph. As the friendliest jurisdictions for crypto where local regulators are receptive to blockchain-related technologies, he added that the United Arab Emirates (UAE) and Dubai would likely benefit from this expansion.

In an interview with Bloomberg on Sunday, Stonberg said that Dubai and the UAE are “doing all the right things and they’re going to attract a lot of regional projects.” With their status as tax havens, these jurisdictions are great places to “set up your token project, or run a cryptocurrency exchange.”

One of the largest crypto trading platforms in the U.S., Bittrex Global expects to reel in more clients from the region along with the digital currency market’s expansion. “I think Dubai is going to do fantastically well," Stonberg said.

A recent study revealed that the UAE has become one of the fastest-growing corporate tax havens, according to Aljazeera. The Middle Eastern country has become a magnet for the ultra-rich with more than $200 billion going into the country.

UAE was included in the top-10 ranking of the Corporate Tax Haven Index 2021 published by the Tax Justice Network. The ranking is based on a country’s ability to attract corporate wealth as a means of reducing tax payments. According to the report, the UAE joined the top 10 after multinational companies transferred over $218 billion of foreign direct investments to the country.

The top three spots belong to United Kingdom’s offshore territories the British Virgin Islands, the Cayman Islands, and Bermuda followed by the Netherlands. Bermuda and Switzerland are likewise included in the top 10.

Technical chart trading is not trading, it is gambling at best. You need to understand more than basic economics and how markets are influenced. Charting will help to give a view of market direction, and you only need to have trendlines and some basic indicators, no more than 3 indicators. Anything else is a waste of money.
If you understand economic data and how bankers trade then you will stand a better chance.
CAPITAL MANAGEMENT - this is key and if you don’t understand how to manage your capital whilst trading then forget it. Stop and go to a casino. This requires discipline and a very good understanding of financial management. Know when to trade, what to trade and how much to risk requires certain level of knowledge. Trendlines on charts help you to understand where/when a potential trade is worth looking at. Economic data will help you to understand what is driving price action and the market, along with the Order Execution strategy you need to take. Capital Management is the overarching decision as to how much you should risk based on all the information presented.
Rules, you need rules and you need to follow them. The important thing about rules is that don’t listen to people who call themselves traders, listen to the people who have traded in a structured professional environment, like the banks! It is easy to come up with rules, but you have to come up with the right ones, and definitely listen to the professionals, as they have had to follow rules in their banks otherwise they would be fired.
The challenge I find had in the market is that there is no one platform that can bring this all together. I am now getting closer to a consolidated solution, but not there yet.

In summary to trade FX you need to know how the professionals trade. The problem is everyone is a professional in an unstructured retail trading market. You will have to pay to learn this, but you have to exercise some due diligence and ask a lot of good questions before committing to your hard earned money. Beware I have run into individuals who say they have traded for the banks, but were they a good trader, and did they actually work in the bank. Finally, like any business when it comes to making a decision with respect to money you have to have a decision process in place. Retail trading offers hope to people in making a lot of money. We are emotional beings, we set aside any rational thinking process for instant gratification.

Trading is a business and treat it that way

Contact Mr Jeffrey Henderson for those who want to earn and learn with the best signal on FX and make a daily profit as a business. Email jeffreyhenderson 750 @ gmail .com ‪????????

The Evolution of Bitcoin forensic has made it possible to ŘËĆÖVËŘ lost BÍŤČÕÍÑ, all you need to do is HÏŘË a professional to get the job done. Visit FÅSTŘËČÕVËŘÝ02 DÕT ČÕMË. he is a Financial ŘËČÕVËŘY expert, who was able to ŘËĆÖVËŘ 135K worth of BÍŤČÕÍÑ i lost to a fake investment website. He Takes Charges Only After The Job IS Done As a Guaranty That he will Get the Job Done

How Our Cryptocurrency And Wallet Recovery Services Work

Bitcoin recovery, and cryptocurrency recovery in general, requires strong knowledge of blockchain technology, especially in circumstances where your hope is to recover funds from a forked coin. The specific assistance you will require can vary depending upon the reasons your coins are inaccessible, but in every case, having computer experts working for you is key to recovery. Contact; [email protected], com or visit our website climaxrecovey.com

Climax Recovery offers something other Bitcoin recovery services don’t. Because of the collaboration between Bukh Law Firm and CyberSec, you will have some of the world’s most notorious hackers using their knowledge of decryption and password recovery tools to access your locked wallet or your lost coins.

The skills these hackers once used to breach the private information of billionaires and individuals on the Forbes 400 list are now used for good – and the real world knowledge of obtaining passwords that these hackers put to work on recovering your coins is something that simply cannot be replicated. While brute-force guessing of passwords is impossible due to the security measures taken by Bitcoin to ensure the security of wallets, the techniques and tools used by Climax Recovery. make it possible to recover passwords in many situations where accessing your wallets or coins seems impossible.

Working with Climax Recovery. provides you with more than just expert help from some of the world’s best hackers and computer experts. Because our cryptocurrency recovery service is part of a partnership with Bukh Law Firm, you can rest assured that your funds are always safe from misapproriation. Bukh Law Firm is a trusted Climax Recovery. in cybersecurity law and the firm will serve as an escrow service to ensure your Bitcoins are protected and that the funds recovered will safely be returned to you.
Contact; [email protected], com or visit our website www.climaxrecovey.com 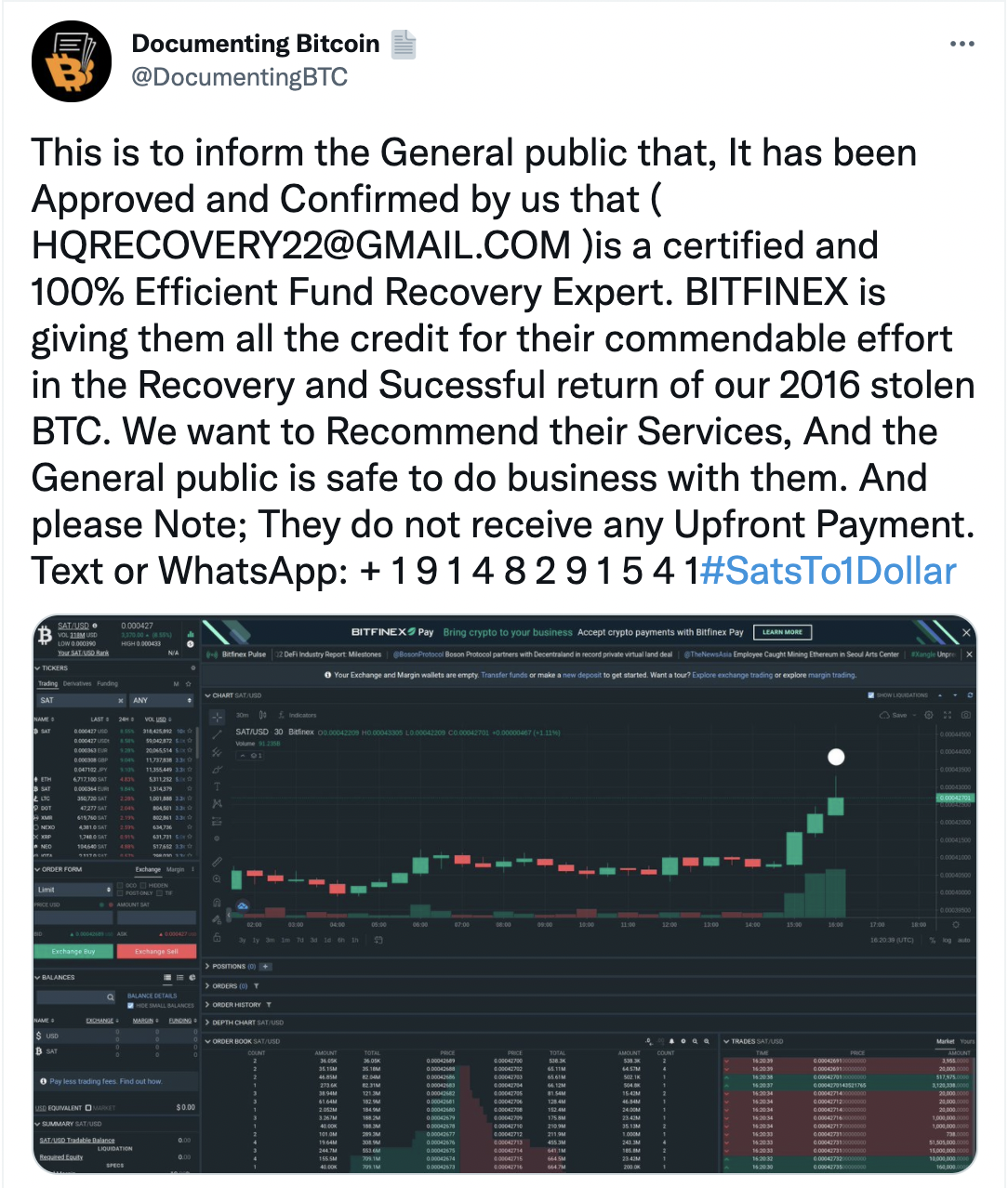