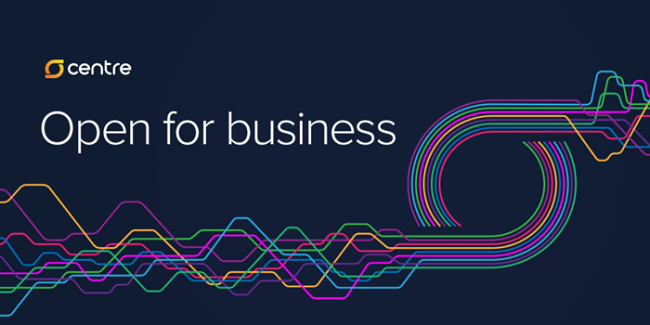 Cryptocurrency firms Circle and Coinbase are joining forces to make money as easy to move around the world as internet data and content through their new Stablecoin Network called CENTRE.

The CENTRE Network is a “membership-based framework and governance scheme for the development and growth of money on the internet,” a joint press release noted. The network aims to enable cryptocurrencies to function across multiple blockchains, including both public and private chains.

“Ultimately, we foresee a global economic transformation that is made possible by programmable money,” the announcement stated.

“People and businesses will be able to enter into diverse economic arrangements with anyone in the world easily and safely. The global digital currency age aims to make the movement of value accessible and free for everyone on the planet so that more people and businesses can participate in economic activity and value exchange.”

CENTRE will enable disparate blockchains to “benefit from a common interoperable fiat stablecoin for major cryptocurrencies that is anchored in a full reserve, transparent, and compliant governance scheme,” CENTRE said on its Medium article.

CENTRE is open for business!

We're inviting broader membership and industry participation. Read about the criteria for becoming a USDC issuer, the inner workings of the network, and future technology development and roadmap. https://t.co/BTfOmFEm8t

CENTRE aims is to allow developers and blockchain protocol projects to build CENTRE implementations on their blockchain.

However, there are some rules to follow. Members of the network will be required to contribute jointly to CENTRE’s technical standards and open source software. They also need to be licensed and regulated in the area of electronic money services in the jurisdictions they operating.

Meanwhile, CENTRE issuers who pass the high standards can generate returns on reserve assets allocated to them and create revenue by developing financial products and services based on CENTRE stablecoins.

So far, more than $795 million in CENTRE’s first stablecoin USDC has been issued and over $470 million redeemed. Furthermore, a staggering $11.9 billion has been traded on over 40 crypto exchanges including Coinbase, Poloniex, Binance, and Bitfinex.

CENTRE is planning to expand its stablecoin support beyond the U.S. dollar by introducing new currencies to its network, targeting leading global reserve currencies. Once realized, the CENTRE ultimately imagines a “new global digital currency” that is backed by a basket of future reserve currency stablecoins.

“The combination of these global digital currency tokens and open, permissionless public blockchains with smart contract infrastructure will form the foundation for a 21st century digitally-native global economy that empowers people everywhere to participate and grow value,” the firm concluded.

The partnership was revealed after Circle recently ended its support for its mobile app Circle Pay to focus on developing new crypto financial services.