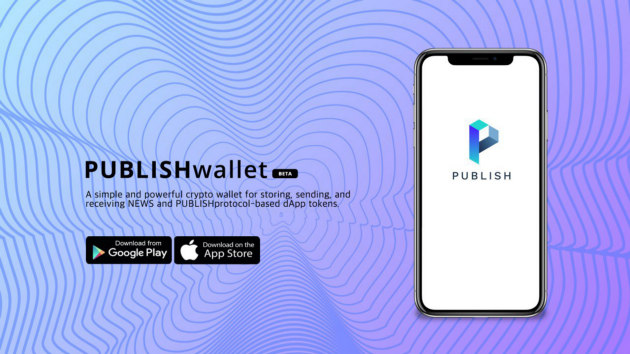 PUBLISH, the South Korean company behind an innovative blockchain media protocol and content management system for newspapers, has announced the launch of the beta version of its decentralized hot wallet.

Dubbed “PUBLISHwallet,” the wallet is a downloadable application that is not linked to any third-party exchange. The control of the private keys and crypto assets will remain with wallet users.

“The wallet will enable users to securely store and transfer any PUBLISHprotocol-based dApp token and cryptographically sign off on transactions taking place within the network, thereby providing a seamless integration with the PUBLISHprotocol ecosystem,” PUBLISH said.

The company said that PUBLISHwallet will be available to download from the Google Play store soon, which will be followed by an iOS version.

The company is also spearheading PUBLISHalliance, a decentralized non-profit enterprise media consortium, which counts more than 30 media and corporations as members, attracting over 1 billion views per month.

In an online post dated June 12, the company detailed its plans for this year, particularly the listing of its NEWS token. PUBLISH said that it is exploring options to list NEWS on several crypto exchanges by as early as Q3 2019.