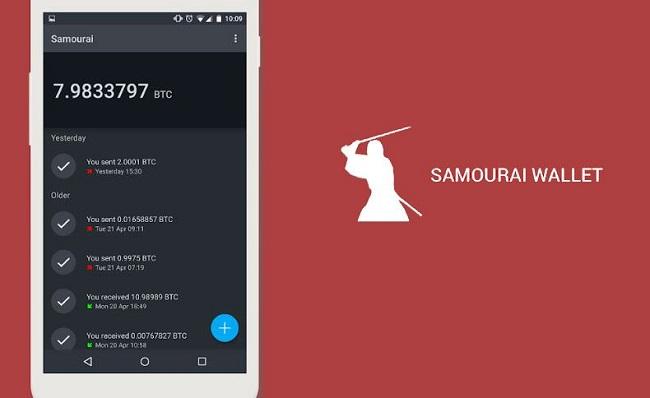 Bitcoin app Samourai Wallet has managed to raise $100,000 in its first round of venture funding.

The privacy-focused crypto wallet, which puts emphasis on privacy and dealing with bitcoin surveillance, bagged the investment from Cypherpunk Holdings.

“As transaction privacy by default becomes the norm in digital wallets, Samourai may be leading the way in fungibility innovation and maintaining proper coin hygiene,” Jon Matonis, Cypherpunk Chief Economist, said in its press release.

The funding will reportedly be utilized to expand the wallet’s development, customer service, and quality assurance program, as reported by CoinDesk.

A very warm thank you to @CypherpunkHODL for their vote of confidence in the Samourai vision. This investment will help us strategically grow key areas ensuring we keep shipping high quality, feature rich, and open source code to keep your Tx's private.https://t.co/3t1YnctjaQ pic.twitter.com/eWaWJlMVBE

Samourai Wallet is currently in its alpha-mode but already has 27,000 user base. Its full-release 1.0 is expected to be launched before the end of this month.

Co-founded by Blockchain.info’s former developers Keonne Rodriguez and Williman Hill via their startup Katana Cryptographics, Samourai Wallet is extremely focused on privacy and solely deals in bitcoin. The application is only exclusive to Android users.

“There is no other cryptocurrency that is as battle-tested and hardened as bitcoin,” Rodriguez told CoinDesk, further revealing that they have no plans to working on other coins or even other layers of bitcoins yet.

The latest news came as the wallet also announced that it has open sourced its back-end infrastructure. Samourai Dojo is the firm’s latest privacy-focused wallet that runs a Bitcoin Core full node, providing users with enhanced privacy while making crypto transactions. The new professional software supports all features and functions currently provided in the Samourai Wallet.