Kevin Lee recently signed a four-fight contract with the Russia-based Eagle Fighting Championship that specified BTC as part of the payment. 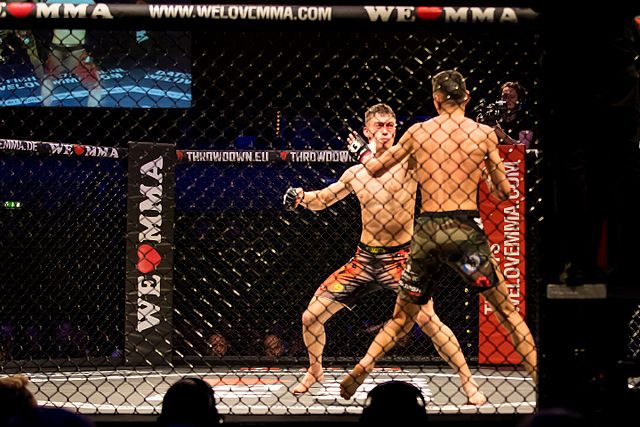 With the increasing popularity of crypto these days, companies have started to offer digital currencies such as Bitcoin (BTC) and Ethereum (ETH) as part of their compensation packages to entice new hires. Even professional athletes are not immune to crypto’s allure such as Kevin Lee, who revealed that Bitcoin is a major factor in his decision to switch promotion companies.

Professional mixed martial arts fighter Kevin Lee said being paid in Bitcoin is a huge factor in his decision to sign his current contract. He recently signed a four-fight contract with the Russia-based Eagle Fighting Championship that specified BTC as part of the payment, according to Cointelegraph.

“To be paid in Bitcoin and not give me any pushback on it whatsoever, was huge in the decision [to sign with Eagle FC],” the fighter said. “It gives me a lot more financial security and will help me fight better, too.”

Lee is not exactly new to crypto as he has been a HODLer since before the 2017 market rally. He even used some of the profits from his crypto investments to pay for his knee surgeries.

Lee was recently fined and suspended from fighting for six months after he tested positive for Adderall. He was later released from his contract with UFC which paved the way for his deal with Eagle FC to happen. His next fight is excepted to be on March 11, 2022, against Diego Sanchez.

The details of Lee’s contract with the Eagle Fighting Championship were not revealed but the fighter earned around $280,000 in his UFC fight against Tony Ferguson. Lee earlier implied that Eagle FC would pay more, which could mean that he might be getting around 5.86 BTC this time.

Lee is not the first MMA fighter to be paid in Bitcoin. The honor goes to Jon Fitch who was paid in BTC in 2015.

Since then, a number of MMA fighters have expressed interest in Bitcoin and other cryptos. For instance, former UFC lightweight champion Eddie Alvarez revealed last year that said he had purchased some BTC while Ben Askren was paid to help promote Litecoin (BTC).