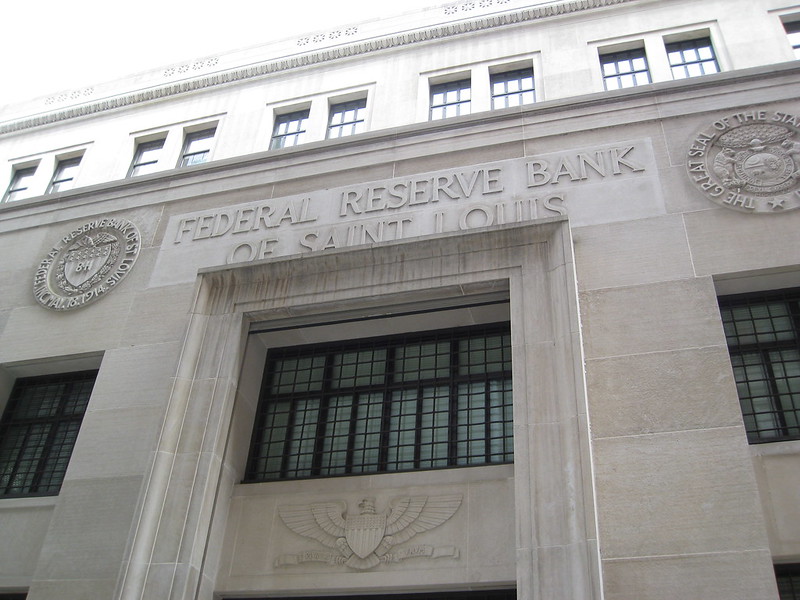 Increasing institutional participation has been cited as one of the catalysts for the crypto market’s rally as more companies opted to hold Bitcoin as a reserve asset. Despite BTC’s popularity, St. Louis Federal Reserve President James Bullard believes that the cryptocurrency won’t eclipse the dollar in international finance.

James Bullard said Bitcoin does not pose a threat to the U.S. dollar’s status as the world’s reserve currency despite the increasing interest in the crypto and its soaring price, Bitcoin.com reported. Bullard is the president of the Federal Reserve Bank of St. Louis since 2008 and is also an economist.

Bitcoin is becoming more popular among companies for its store of value and as a hedge against the expected inflation due to pandemic-related money printing activities by governments. Cryptocurrency is also increasingly used for cross-border transfers and as a means of payment for goods and services.

However, he expressed his concern about using cryptocurrencies not issued by governments. “Dollars can be traded electronically already, so I’m not sure that’s really the issue here,” the Fed president added. “The issue is privately issued currency.”

He likened the current crypto situation to what happened before the Civil War when banks such as JPMorgan, Wells Fargo, and Bank of America issued their own notes. The system did not last and he fears the same might happen to cryptos such as Bitcoin.

“They were all trading around and they traded at different discounts to each other, and people did not like it at all,” Bullard said. “I think the same thing would occur with bitcoin here.”

He also does not believe that Bitcoin could threaten the greenback’s reserve currency status as even strong currencies such as the euro and the yen weren’t able to do so. “It’d be very hard to get a private currency that’s really more like gold to play that role so I don’t think we’re going to see any changes in the future,” Bullard said.

“Unless the U.S. becomes a catastrophe, it’s hard to see what the alternative is to the U.S. dollar as the world’s major reserve currency,” Harper said. “Other than you know gold, bitcoin [and] a whole basket of things, right? I think you’ll see that the number of things that people use as reserves will expand, but the U.S. dollar will still be the bulk of it.”

recovring stiolen bitcoin has now been made possible all you need do is hire a professional to get the job done. send an e ma!| to Fastrecovery02gma!|come he is the professional who helped recover 450k worth of bitcoin stolen from my Wallet.

I have gotten back all my lost fund and bonus from binary option They stocked all my trading capital and deprived me access into my account for over two months now after I’ve invested $200K with them, my hard earned money. Thought I was not gonna see this day, but as God may have it, today I’ve got back all my money back for real. I will forever remain grateful to God. If you’ve been locked out from logging into your binary option trading account or you are unable to make withdrawal from your broker account, maybe because your broker manager is asking you to make more deposit before you can place a withdrawal and you need assistance, kindly reach out to ULTIMATEFUNDRECOVERY on gmail and they will guide you on steps to take to regain access to your account, make withdrawal freely and easy, as well as recover all your lost funds. h also has
WHATSAPP:+1 830 507 3476
TEXT: +1 830 507 3476
More
Breaking
Apr 14, 2021 (Wednesday)