Bank of Russia to test crypto in cross-border payments

The trials will be carried out with interested companies but it was not mentioned which market participants will take part in the pilot. 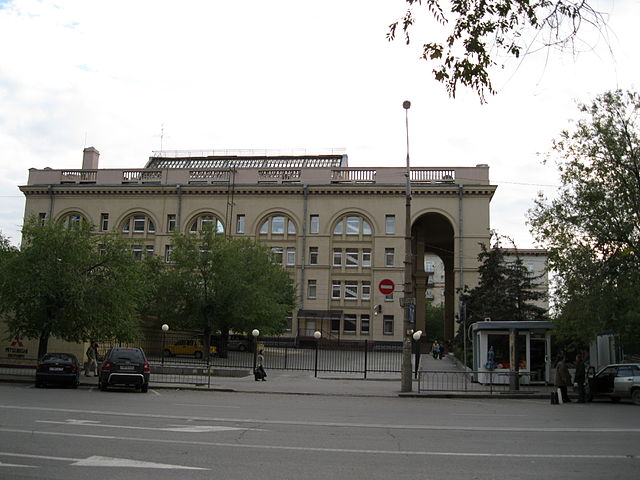 Building of Central Bank of Russia in Volgograd / Image by: Wikimedia Commons

The Russian government is moving ahead with its plans of using cryptocurrency for international settlements. The Central Bank of the Russian Federation, also known as the Bank of Russia, plans to conduct trials with private companies using crypto for cross-border payments. The planned testing will be done under a special legal framework that is now being developed.

The planned testing was announced on Monday by Olga Skorobogatova, the bank’s First Deputy Chairman. According to the executive, the Central Bank of the Russian Federation (CBR) intends to trial international trade settlements using cryptocurrencies, Bitcoin.com reported.

“We are now planning, within the framework of the experimental legal regime that we are preparing, to try the use of cryptocurrency for international settlements, that is, for foreign economic activity,” Skorobogatova said as quoted by the Tass news agency.

Skorobogatova explained the details of the pilot project in a speech to the State Duma, the lower house of the Russian parliament. The trials will be carried out with interested companies but she did not mention which market participants will take part in the pilot.

Moscow's government agencies have been seeking to include decentralized cryptocurrencies in the regulatory framework for digital financial assets. Although the central bank had been adamantly opposed to their legalization in Russia in the past, it has changed its mind in light of Western sanctions related to the invasion of Ukraine, which have restricted the country's access to international markets and finance.

In September, Alexey Moiseev, deputy minister of finance, disclosed that his office and the Bank of Russia had come to the conclusion that, given the existing situation, Russia could not function without cross-border cryptocurrency settlements.

However, the CBR continues to oppose enabling domestic crypto payments as well as the free circulation of virtual currencies like Bitcoin (BTC) in Russian territory. It recently supported legislation intended to control mining, as long as the created cryptocurrency is only traded outside the country or only within special legal regimes inside Russia.