While critics remain doubtful of crypto’s longevity, Bank of America (BoA) revealed its bullish outlook on the long-term prospects of digital currencies. 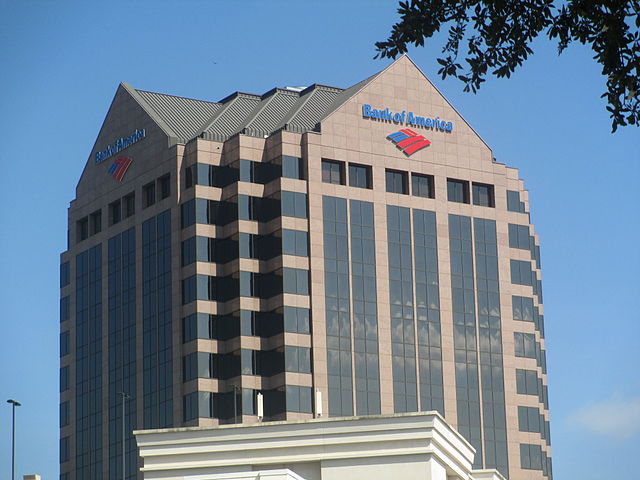 The crypto market rally sent prices of Bitcoin (BTC), Ethereum (ETH), and other coins to new all-time highs earlier this year as both retail and institutional investors flock into the space. While critics remain doubtful of crypto’s longevity, Bank of America (BoA) revealed its bullish outlook on the long-term prospects of digital currencies.

In a report published on Monday, Bank of America said that the digital asset sector is too large to ignore. The bank also believes Bitcoin adoption worldwide to continue adding value to the crypto as well as altcoins.

While some investors are concerned over increased scrutiny by regulators, BoA remains bullish and believes that regulation won’t stop crypto’s adoption. “Despite potential regulatory headwinds (maybe tailwinds ultimately), we are bullish on the long-term prospects for the digital asset ecosystem as it enters the mainstream,” the bank said. “We anticipate significant growth as digital asset use cases move beyond bitcoin’s store of value thesis to an industry characterized by product innovation, regulatory clarity, increased institutional participation, and mainstream adoption.”

Blockchain has been described as game-changing for the financial and other sectors. BoA is likewise optimistic new yet-undiscovered use cases for Bitcoin and other cryptos will be created in the future contributing to a thriving digital asset ecosystem.

“It’s difficult to overstate how transformative blockchain technology, digital assets, and the thousands of decentralized apps that have yet to be created could potentially be,” the bank said. “We expect rapid changes to the current market structure – new use cases will be discovered and others will be discarded.”

The bank offered two major reasons for its bullish stance on crypto. Based on historical data, BoA projects that adoption could skyrocket along with the creation of new applications.

“We are only in the first innings of a major change in applications across most industries that will take place over the next 30 years, in our view,” BoA said. “Estimates indicate about 221mn users globally as of Jun’21 have traded a cryptocurrency or used a blockchain-based application, up from 66mn at the end of May’20.”

The second reason is that new advancements in blockchain technology could usher in a new breed of companies. “Due to technological advances in decentralized software that is native to the internet, a new medium – with distributed ledgers and blockchain at its core – is emerging rapidly,” BoA said. “The applications built on this new software architecture appear to be growing more quickly than past technologies. New companies are likely to emerge and poorly positioned companies will exit, creating significant upside potential for some and downside for others.”

I must testify of the best experience I had with 760PLUS and also tell the world that they're just true, reliable and the most secured Credit specialist out there to work with, they truly are the reason for my good life today, genuinely helping people fix their credit not ripping them off is a great service to humanity, I'm so grateful to this special team for restoring me back to my feet from a terrible credit profile to an excellent shoot, with a new 803 FICO score. Thank you for saving so many with your sincere services, I strongly recommend them on 760pluscreditscore at Gmail dot com Text 304 774 5902 they're the best.
More
Breaking
Jul 15, 2021 (Thursday)