Austria is harnessing blockchain technology to help it fight against the coronavirus pandemic. 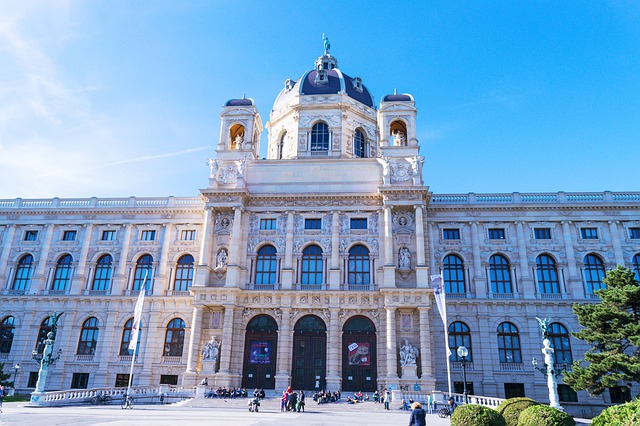 Austria is getting some high tech help in its fight against the coronavirus pandemic. The government just awarded a project to a private firm to develop three COVID-related applications that will be built on a secure blockchain platform.

Austria’s Federal Ministry for Digital and Economic Affairs announced on June 17, 2020, that it has awarded a €60,000 ($67,600) grant to QualiSig to develop the three applications, according to Coindesk. The apps will be used to address COVID-related issues such as fraud prevention, fake news, and health data.

The QualiSig apps will be developed by Danube University Krems researchers Thomas Wernbacher and Alexander Pfeiffer, with the guidance and consultancy of Swiss company Jelurida. It will use Jelurida’s Ardor blockchain using its Ignis tokenizing system. The team will also partner with Austria’s A-Trust, which handles the nation’s citizen identity system.

The app won’t likely be available until eight months from now. But a lengthier development time is not necessarily a bad thing as previously released apps that were rushed in production experienced various issues on user privacy, adoption, and even bugs.

One such application is the Red Cros-backed Stopp Corona app, which failed to reach widespread adoption. Only 400,000 people downloaded the app as most Austrians did not like the idea, according to QualiSig’s Alexander Pfeiffer.

“Austrians disliked the Stopp Corona app, which appeared quite quickly, and they didn’t install it,” Pfeiffer explained. “One of the first problems was that it was not open source so we did not know the code behind it. We introduced the [QualiSig] project to gain the trust of Austrian citizens and give them some sense of agency that they can be part of this process.”

One of the apps to be developed by QualiSig enables users to verify the identity of door-to-door testers for COVID-19, which is aimed at preventing the public become victims of fraud by unauthorized parties.

A testing agent needs to present a QR code that can be scanned using a mobile phone. It will then lead to a verification page which will show if the code is legit. It will also show the details of what the testing agent is supposed to do during the testing process.

“This system has to go hand-in-hand with marketing and information to citizens,” Pfeiffer said. “Besides COVID-19, I think it’s a use case that has the most potential to be actually rolled out to many different areas, any time a stranger knocks on the door and wants to ask you something.”

The second app to be developed by QualiSig aims to prevent the spread of coronavirus-related fake news. The last app will link a citizen’s latest COVID-19 test result to his digital citizenship record, allowing him to take a flight.

It is possible to recover what you lost to scam brokers but most people don't know this because they are either not informed or they have been conned by a recovery expert. Truth is there are only a few people who can pull this off and i was lucky to meet with one of them. If you need help with this i suggest to send a mail to ( [email protected] hoopergroup .tech) . I actaully went to their office so they are 100% legit.
Get the peace of mind you deserve.

hoopergroup.tech is a SCAM recovery service ...if you don't believe me then ask for any of the following: invoice, refund, office contact number, proof of work...you wont get any of these from hoopergroup.tech

Such a cruel people with no dignity taking peoples savings and crush them. don't ever believe of any recovery service specially this one.